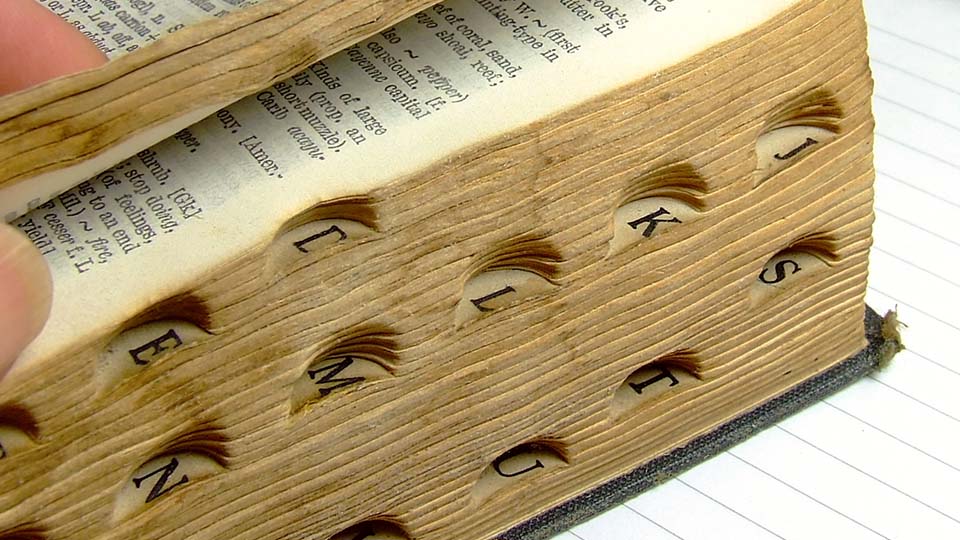 Having reflected the real world in the language history of Middle-Earth, Tolkien continued to bring elements of real world languages into his constructed languages. “In a hole in the ground, there lived a hobbit” (Tolkien, Hobbit). This simple line wasn’t developed through linguistics; it was spontaneously written on the back of an exam. However, his work was a linguistic one, so he needed to linguistically justify the name hobbit. To accomplish this, he used a linguistic process called anglicization – a process of making words and sentences sound more natural to English speakers through means like altering sounds or replacing words – in conjunction with his historical linguistics. First, Tolkien’s “hobbits” spoke Westron, not English, so their name for themselves was kuduk. However, kuduk is odd for English speakers; thus, Tolkien developed a historical connection between hobbits and the Rohirrim linguistically and geographically. The linguistic heritage is evident in some words of these two languages, like kuduk. The Rohirric word is kud-dukan, meaning “hole-builder.” With the historical linguistic explanation provided, Tolkien could finally justify the use of the word hobbit. In Old English, one could connote hol-bytla to mean “hole builder,” which could then become hobbit. Thus, kud-dukan is to hol-bytla what kuduk is to hobbit. This is one example of Tolkien’s anglicization of his own language creation.

Tolkien didn’t just use real-world words and ideas to anglicize his creations. He also did this with the hobbits’ names. Frodo’s real name (that is, his Westron name) is Maura which means “wise by experience.” However, in English Maura sounds more like a woman’s name. Thus, Tolkien found another name that meant “wise” – Frodo. Sam, short for Samwise, was originally a derogatory nickname that meant “simple, half-wise” in Old English. In Westron, Tolkien had the same thing: Banazîr for “half-wise” and Ban for short Merry’s real name is Kalimac, which hobbit society often shortened to Kali, meaning “jolly.” Tolkien took from that the Old English name of Merriadoc, or Merry for short. Perrigrin was derived from Latin to replace the Westron name of Razanur. Both mean “traveler/one from abroad.” The last hobbit name to be anglicized is the original hobbit – Bilbo Baggins. The –o ending in Westron is a feminine ending, whereas the –a ending is masculine; thus, Bilbo’s name is actually Bilba. However, that sounds feminine to English speakers (like the –a in Maura), so he switched it to Bilbo for our sensibilities.

One might wonder, “Why, then, didn’t Tolkien find similar English-sounding names for the non-hobbit characters?” Not anglicizing the other names was an intentional choice. The stories were told from the perspectives of the hobbits who wrote the details of these events down into histories. As a result, they were all written in Westron. Places like Lothlorien, Mordor, Gondor, Rivendell, and Dol Goldur; peoples like the elves, dwarves, orcs, and Dunedain; and things like famous swords, ancient watchtowers, and regional cuisine were all foreign to hobbits. As Tolkien put the stories together and decided on names and anglicizations, he wanted his readers to experience the places, peoples, and things as the hobbits did – some things seeming familiar and domestic with others seeming radically foreign. Thus, he only anglicized Westron names of people and places. The Rohirric names of people, places, and things, however, he put into Old English to represent the ancestral link between Westron (represented by modern English) and Rohirric.

This non-anglicizing of other Middle-Earth languages is also visible in the phonetics of some of the languages. Tolkien specifically chose to keep liquid sounds (Rs and Ls) in Elvish to give it a lighter, softer sound. Likewise, he removed “harsher” sounds like Z. For the Black Speech of Morder, Tolkien chose more voiced sounds (B, V, G, D, Z, etc.) to give the language a harsher tone. He included consonant clusters to make the language sound distinctly un-English. One example of this is the ZG consonant cluster that appears at the end of some words in the Black Speech. While these two sounds can co-occur in English (“maze game”), the combination of them at the end of a word makes the language sound harsher and more “evil” to English speakers. This can be heard most distinctly in the One Ring’s inscription:

This sample is also a good example of the morphology Tolkien had to develop for just this one language. One can easily see that azh means “one,” and nazg means “ring.” This can is demonstrated again in nazgûl – ring-wraith. Through a brief linguistic analysis, one can assume the words “in,” “the,” “to,” “them,” and “all” are accounted for through suffixes and irregular conjugations (derivational morphology). For instance, since the suffix -atulûk means “them all,” and -atul means “them,” one can assume that “them” and “all” are separate suffixes in Black Speech.