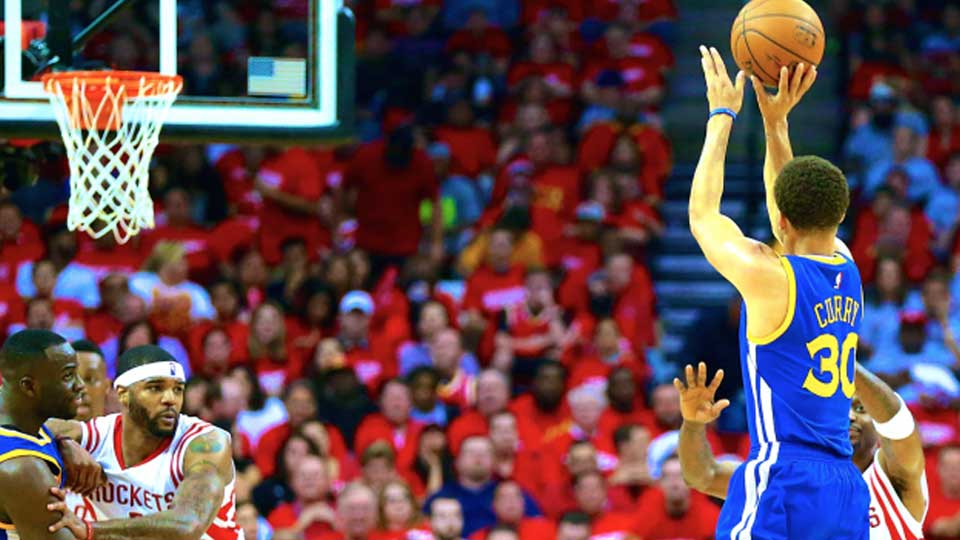 The Sport of Solving Quadratic Equations

If you haven’t guessed by now, I am talking about watching sports on television. You didn’t pull out your pencil and paper and work through the quadratic formula to solve the equation, but your brain still makes an attempt to do it just by watching.

When a ball is thrown, kicked, or hit, the trajectory it follows is parabolic and is described algebraically by a quadratic equation. This is a somewhat of a simplification – it does not take into account things like wind resistance – but it is a good basic model of the trajectory.

A quadratic equation usually has two distinct solutions –the points where it crosses the x-axis; in a real-world sports scenario these would correspond to the following points – the point where the ball started from and the point where it would hit the ground, or go through the net, or be caught – depending on the sport.

Similarly, in basketball, the player who is making a shot is writing an equation so that the solution will result in the ball going through the net. And if they give you the right camera shot at home, you will again make your guess as to whether the shot will go in or not. In basketball, this is easier to see since the goal is not moving like the receiver is in football. Here your eyes are looking for the vertex – the highest point the ball achieves – which should be about halfway between the shooter and the backboard.

So who “writes” the quadratic equation in sports? Let’s start with a football example. Here, the author is the quarterback. When he drops back to throw a long pass, he determines a point where he believes his receiver will be and throws the ball in a parabolic arc aimed at that point. In other words, he has written a quadratic equation with a particular solution. When the receiver sees the ball, his eyes begin to track it long enough to pick up the trajectory so that he can run to the solution – and arrive just in time to catch the ball. In the meantime, what are you doing? When the ball is thrown and the camera zooms out showing the path of ball, don’t you start doing your own calculation of where the ball will land and whether the receiver will get there in time or not? See, you are solving the equation right along with the receiver!

Finally, baseball! Under normal conditions, most fly balls are modeled well by a parabola. If it is extremely windy, this will disrupt the trajectory – and will cause the fielders a lot of problems! Most outfielders will tell you that the hardest ball to catch is the one that is hit directly at them – this is because they have trouble picking up the trajectory of the ball. And once again, you the fan, whether at home or at the park, are watching the majestic arc of the ball, the path of the outfielder, and mentally computing whether or not you think the ball will be caught. A roar goes up when a player makes a surprising catch – that is, most of the fans computed “no” but the player caught the ball anyway!

So, I hope you enjoy solving watching those majestic parabolas fly through the outfield this weekend! Or maybe you will be out there on the softball diamond yourself chasing down the ball. Either way, what do you think about this? Do you feel motivated to study the quadratic formula now that you realize you’re brain has been doing it this whole time? Let us know your thoughts by commenting below.