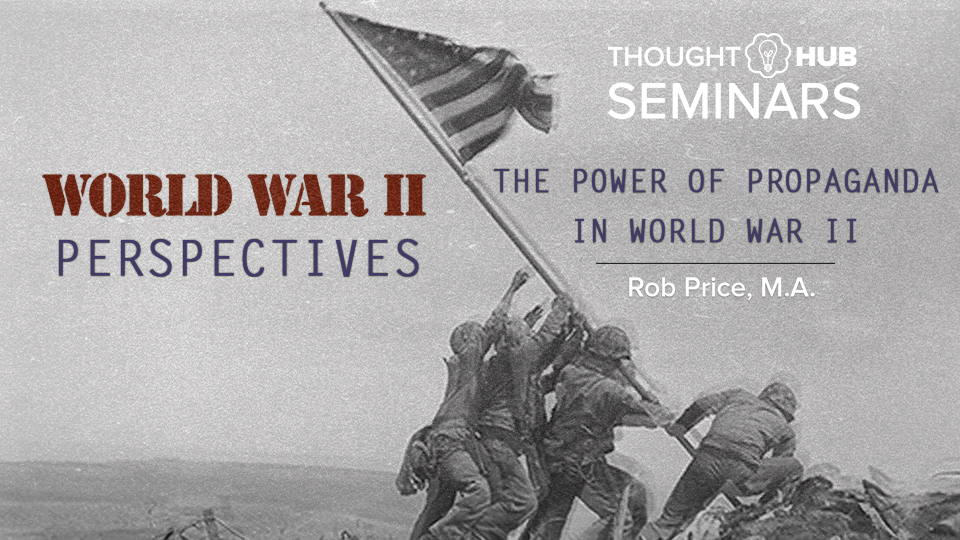 The Power of Propaganda in World War II

In a world before social media and the internet, how did the United States encourage and promote American citizens in the 1930s and 1940s to contribute to the war effort? The answer-propaganda and lots of it. While propaganda took many forms, perhaps its strongest and the most effective channel was Hollywood films. In this Thought Hub vlog, Rob Price, M.F.A., shares the impact of these films in America during this era and how many young filmmakers put their careers on hold to contribute to the war effort.