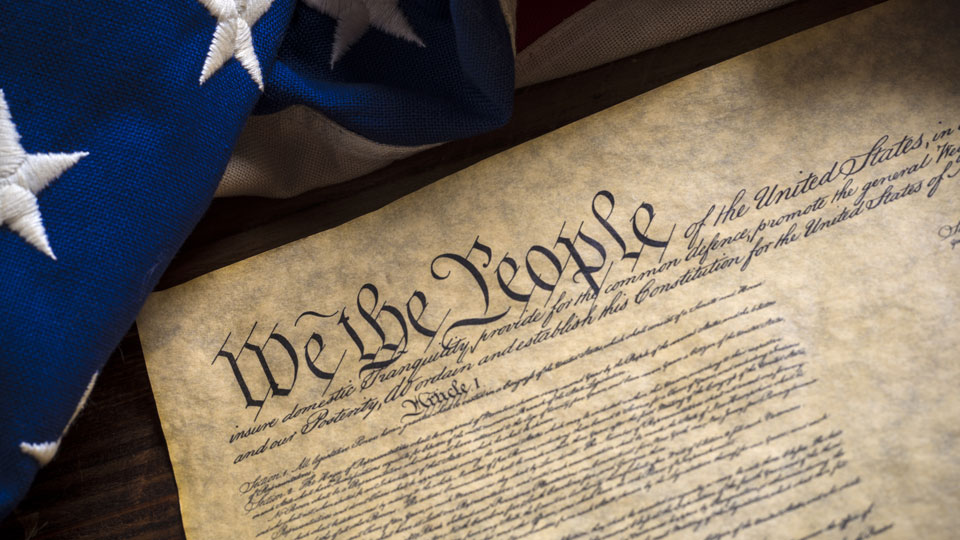 The Legal Cases That Abolished ‘Separate but Equal’ Doctrine

Disclaimer: Article dictated and adapted from the lecture, “Turning Points in 20th Century America: Two Cases That Changed the Nation” by Aaron Burke, J.D., available below.

Constitutional Law is a mirror reflection of society. When thinking about past United States Supreme Court cases, you have to understand the context of an entirely different society. A lot of these cases are sometimes confusing and illogical in today’s context. Take, for example, perhaps the two most important Supreme Court opinions in the past 100 years: The case that created the ‘Separate but equal’ doctrine and the case that abolished the doctrine as it applied to the federal government and the states.

Understanding the historical context when these diametrically opposed opinions came out helps bring perspective to the cases. In this blog, we will examine the two court cases, Plessy vs. Ferguson 163 U.S. 537 (1896) and Brown vs. Board of Education of Topeka, 347 U.S. 483 (1954), the cases that set the stage for a movement and resulted in the Court’s finding state- and federal-sponsored segregation as unconstitutional and a violation of the Equal Protection Clause of the 14th Amendment.

Homer Plessy was a man who was 7/8ths white and 1/8ths black. At this time, the East Louisiana Railroad Co. had racially segregated railcars. However, Plessy didn’t fit either racial railcar requirements for transportation.

Due to his “fair” appearance, Plessy could have ridden in the railcar with people classified as white. However, under the racist policies then in force, he was classified as “1/8 black” or, according to the language of the time, an “octoroon.”

Hoping to strike down segregation laws, the Citizens’ Committee of New Orleans (“CCNO”), a civil rights group made up of African Americans, whites, and French Creoles, recruited Plessy to deliberately violate Louisiana’s 1890 separate-car law and challenge the racist state law.

On June 7, 1892, Plessy bought a first-class ticket on a train from New Orleans and sat in the railcar designated for white patrons only. The CCNO had hired a private detective with arrest powers (to ensure that he was charged with violating the state’s separate-car law and not some lesser misdemeanor). The private detective, indeed, arrested Plessy and removed him from the train at Press and Royal streets. [http://www.nola.com/news/index.ssf/2009/02/plessy_vs_ferguson_photo.html]

As the case began winding its way through the legal system, the lower courts found the law to be a legitimate exercise of legislative authority and non-violative of the constitution. The case was eventually appealed to the U.S. Supreme Court . The Court agreed and found that there had not been a violation of the Equal Protection Act .

Everything that the CCNO had organized occurred as planned, except for the decision of the Supreme Court in 1896. This is often a reality of practice as a lawyer. You have everything accounted for, but somewhere along the line the case takes a turn that you did not anticipate.

Although in hindsight, our society recognizes the Court got the Plessy decision wrong, it is important to understand that throughout the long and arduous legal process there were many judges, lawyers, legal experts, etc. that were trying to follow/enforce the law and do the “right thing.” And given the historical context at the time, the Court recognized a dramatic change to segregation laws would likely not be adhered to across the country. Many scholars have written on this topic and have gone into great detail concerning the political and cultural realities at that time. I would encourage you whole-heartedly to dig deeper into this subject if you are interested in understanding how such a terrible outcome was reached.

However, something the Court may not have fully appreciated at the time of the Plessy decision was how its opinion would be used by racist elements to entrench and, worse, dramatically expand segregation laws throughout the U.S. Many of these problems would not be corrected until six decades later. Plessy resulted in the “separate but equal” doctrine that permitted states to have separate facilities for the races as long as they were considered “equal.” Many legal scholars also note that the Plessy opinion set the tone and put a rubber stamp on the states’ ability to segregate not only African-Americans but other minority groups as well.

As a result of the dramatic expansion of the “separate-but-equal doctrine,” state-sponsored segregation eventually migrated to education, which brings us to the Brown vs. Board of Education case nearly six decades later.

Oliver L. Brown was a welder for the Atchison, Topeka and Santa Fe Railway , and an assistant pastor at St. Mark’s A.M.E Church .

Before we dig deeper into the details of the case, it’s important to understand that at the time of the Brown opinion, the U.S. was in the middle of the Cold War . Communist countries used the fact that we discriminated against minorities to attack the U.S. and its allies by sending propaganda to counties with high minority populations that were just emerging from various systems of colonialism that had long been perceived as racist.

After the sudden death of Chief Justice Fred Vincent in 1953, President Eisenhower appointed Earl Warren , the governor of California , as Chief Justice of the U.S. Supreme Court .

In the summer of 1950, Mr. Brown and others were encouraged by the NAACP chapter in Topeka, Kansas , and their lawyer Charles S. Scott , to enroll their children for the upcoming school year at white schools.

Mr. Brown attempted to enroll Linda at Sumner Elementary down the block from their house. Linda and the other students involved in this test case were all rejected from enrolling in the schools because of the color of their skin. Three local lawyers, Charles Bledsoe, Charles Scott and John Scott, were assisted by Robert Carter and Jack Greenberg of the NAACP Legal Defense and Educational Fund, Inc. [https://www.nps.gov/brvb/learn/historyculture/kansas.htm] 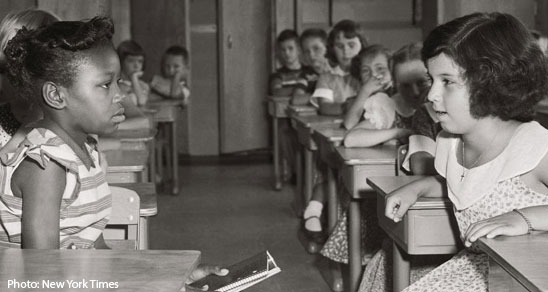 Chief Justice Warren fought to redefine the protections afforded by the Equal Protection Clause of the 14th Amendment saying, “We say equal protection, we should mean equal protection… the ‘separate but equal’ doctrine rests on the basic premise that the Negro race is inferior… We conclude unanimously that the doctrine of ‘separate but equal’ has no place. Separate educational facilities are inherently unequal.”

“Time stood sill as the courts pondered on the case. Until May 1954 when Linda’s mother, Esther, heard the court’s decision while Ironing clothes in their family home. The Supreme Court unanimous voted to end segregation. The Court ruled in favor of Brown. State and federally sponsored segregation became viewed as unconstitutional and a violation of the Equal Protection Act.

At the Chautauqua Institution on April 29, 2004, on the 50th Anniversary of the historical case, Linda recalled, “That evening in our home had much rejoicing. I remember seeing tears of joy in the eyes of my father, as he embraced us repeating, ‘Thanks be unto God.’… My father believed that God would move people to do the right thing.” She continued, “The impact of this case is best seen in the increasing number of black professionals today. This case made a difference in their aspirations and achievements.”