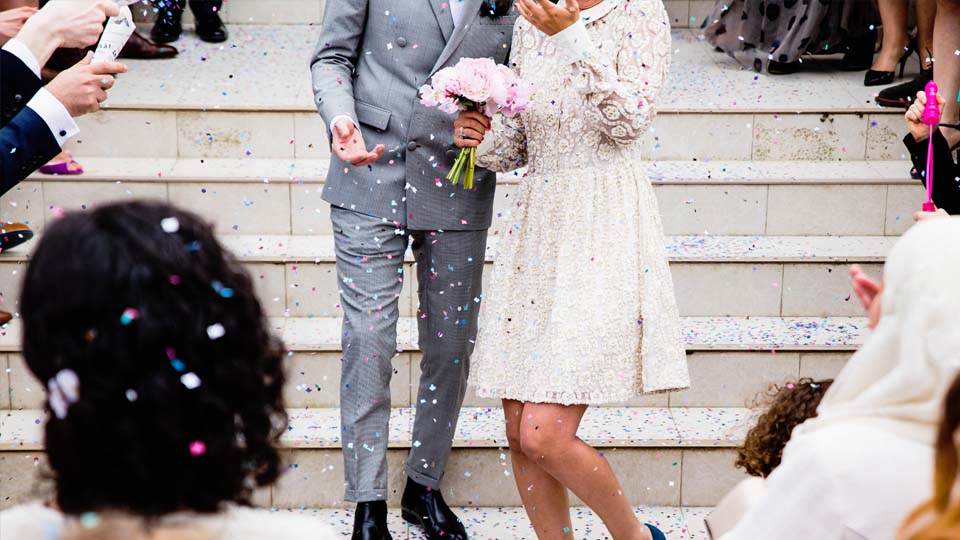 The History of Marriage

“Therefore a man shall leave his father and mother and be joined to his wife, and they shall become one flesh.” (Genesis 2:24, NKJV)

Keeping It in the Family

The bond between man and wife is considered by many to be the closest tie possible for two human beings, closer even than that between blood relatives. But in many societies through history, two people might share both the marriage bond and blood kinship. Generally, modern Americans find the idea of marrying a blood relative to be disgusting. Such was not the case, however, among some ancient peoples. In some periods, for example, it was accepted practice for an Egyptian pharaoh to marry his sister. The reason had to do with keeping the royal line pure by not allowing other families to marry in.

Other ancient societies did much the same thing, although the blood connection might not always be so close. The patriarch Abraham’s wife Sarah, for example, was his half-sister. Whether this was common among the early Hebrews is unclear, but both Isaac and Jacob got wives (Rebekah, Rachel, and Leah) from their cousins.

The ancient Greeks also preferred their young people to marry family members. Their reasons, however, seem to have been primarily economic. By marrying cousins or other relatives, farmland was kept in the family, and the clan never saw its ancestral lands end up in the hands of outsiders.

Americans and Europeans up through the early nineteenth century were not always opposed to marrying within the family. European royal families, in particular, tried to find marriage matches from a very restricted group of prospective mates.

At some point, however, the desirability of keeping a line pure or holding onto family property runs head-on into the need for a bigger gene pool. Genetic health problems caused by breeding among relatives can be devastating. A clear example of this was the hemophilia carried in several of the related royal houses of Europe, such as the Russian Romanov family.

He Who Finds a Wife

Not only who a person marries, but how he or she finds that mate has varied greatly in different times and places. Among tribal people, ancient and modern, capturing women from enemies has been a time-honored way of procuring wives. In Roman mythology at one point in their early history, Romulus, the legendary founder of Rome, and his followers wanted to marry the daughters of a neighboring tribe, the Sabines. When their request was rejected, the Romans decided on a stratagem. They held a great religious festival and invited the Sabines and other neighbors. At a prearranged signal during the festival, the Romans grabbed the Sabine maidens they wanted and hurried away with them, fighting off any Sabine men who tried to interfere. Eventually, Romulus convinced the women to accept legal marriage, and the two groups peacefully integrated.

A similar situation occurred in the Book of Judges, when the other tribes of Israel decimated the rebellious tribe of Benjamin in war. Their brother Israelites felt sorry for the few surviving Benjamite men and helped them capture girls from another tribe at a religious festival, in order for the Benjamites to produce children and continue to exist as a tribe.

In more modern times, the Comanches and other Plains Indian tribes in the eighteenth and nineteenth centuries regularly captured women from other tribes and from American and Mexican settlements and made them their wives. Similar examples of gaining wives by capture are fairly common in parts of central and southern Asia. Credible reports of forced marriages of Christian women to Muslim men in Egypt and elsewhere show that the practice is still very much alive.

A different method of obtaining a wife throughout much of history has been by an arranged marriage, with money passing between the parties. The marriage is arranged between the groom or his family and the bride’s family. The two types of money exchange, dowry and bride price, work in different ways. Some societies follow one of the two practices while other societies may use both.

The dowry is money or property that the bride brings from her family into the marriage. It often gives the young couple a start, something to build their household upon, but in other situations, it is simply kept in reserve. Muslim women in some societies wear their dowries around their necks in the form of coin necklaces. In cases where a dowried marriage ends in divorce, the bride takes her dowry and goes home to her family.

The bride price is just what it sounds like. The groom must pay an agreed sum to the bride’s family for the privilege of marrying her. An example of this from the Book of Genesis is Jacob’s years of unpaid work in order to marry Leah and Rachel.

Marriage based simply on the desires of the bride and groom has become almost universal in the Western world only in modern times, but such marriages for love seem to have always existed in individual circumstances. Folklore and traditions in many countries tell of love as the main driving force of marriages—the story of Romeo and Juliet was apparently not an anomaly.

The Many Faces of Marriage

One thing we can all probably agree on is that there’s a lot of disagreement about what properly constitutes a marriage. Although it’s clear that God instituted marriage, in the beginning, there have been differing views about whether weddings are primarily religious or secular events. For much of the early Christian Era, the Church stayed out of weddings and let the state handle the union of man and woman. Finally, sometime after 800 AD, the Church began to perform weddings, and a few centuries later the Catholic Church made marriage one of the sacraments.

Catholic and Protestant differences in their view of marriage became clear from the beginning of the Reformation. Catholics had long seen marriage as somewhat less godly than singleness, and during the Middle Ages it is estimated that 40% or more of men and women remained single, either for spiritual reasons or economic necessity. Martin Luther, however, held the view that marriage was the normal, proper condition of men and women, and it became almost universal among his followers and other groups of Protestants.

Polygamy has been widely accepted in many societies since ancient times. But what exactly is polygamy? Most people have the idea that it means one man has multiple wives at the same time, but polygamy is more generic than that. It means one person (man or woman) having multiple spouses of the opposite sex simultaneously. The term polygyny (literally, “many women”) refers to a man with multiple wives, but in a very few societies, a woman can have multiple husbands at the same time. This latter practice is called polyandry (literally “many men).

One type of marriage that is less prominent now than in the last century is common-law marriage. Basically, a man and woman living together and wanting to consider themselves married, even though they had never gone through a marriage ceremony, would be legally married under common law. Few couples today seem to want the status of marriage unless they have actually gone to the trouble of having a legal ceremony.

The Question of Children

A final aspect of marriage that applies to only a very limited group of people is the responsibility for a marriage to produce an heir. We’re not talking about a family’s heir, but rather an heir to a country’s throne. In other words, this situation involves royal families only. Possibly the most famous such situation occurred in the early 1500s with England’s King Henry VIII.

Henry’s father (Henry VII) had been the final winner in a bloody series of civil wars known as the Wars of the Roses, in which two branches of the English royal family fought it out over which of its members would finally be the unanimously approved monarch. The problem all along had been that no one person had the clear-cut best claim to be the rightful king. To avoid another potential civil war over the throne when he died, Henry VIII wanted to make sure that he had a son. That way, there would be no doubt about who was the rightful heir to the throne. When his first wife, Catherine, couldn’t seem to have a son, Henry started down the road that would eventually bring him to six wives and the country to a new brand of Christianity.

Three centuries later, young Queen Victoria of England faced her own situation of having to produce an heir. Although she didn’t really want to marry, the law actually required her to do so to produce an heir, or she would have lost the throne.

Marriage has had a multitude of faces during the time that mankind has been on earth. One thing seems certain, however—if marriage was important enough for God to invent at the very beginning, then it must be here to stay.