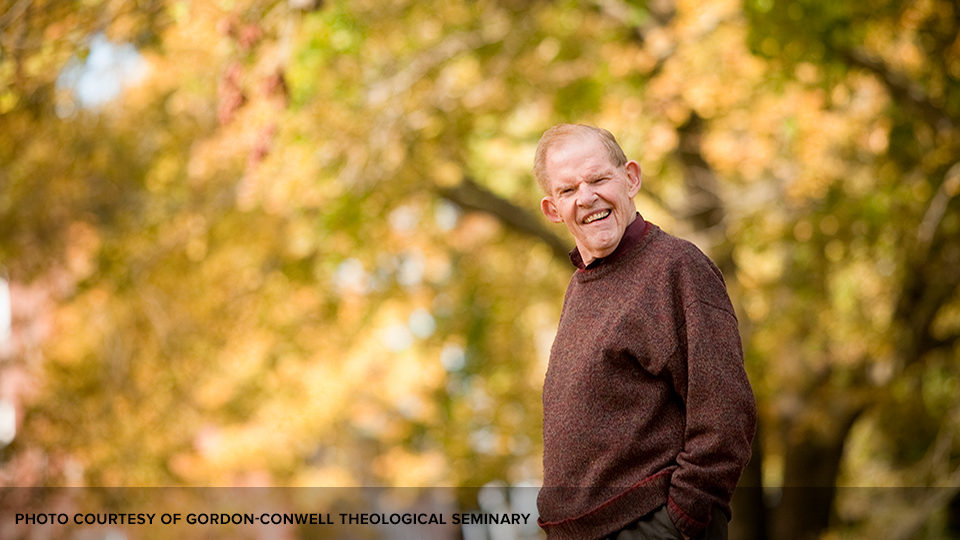 The Big Idea: The Most Important Lesson I Learned from Haddon Robinson

When Haddon Robinson died last summer, tributes began to appear in print and online praising his gifts as a communicator, mentor, and as one website put it, “one of the world’s foremost experts in biblical preaching.” I had the privilege to study with him at Gordon-Conwell Theological Seminary where he served as my doctoral mentor. During my first year of taking courses there, my pastor asked me what was the single most important lesson I had learned from Dr. Robinson thus far. Embarrassingly, I couldn’t come up with an answer, but after reading what so many have said about him on the occasion of his passing, it has caused me to reflect on my own experiences while his student, and now I think I know how I would answer my pastor’s question.

The lesson came to me at the tail end of my studies, specifically while defending my Doctoral Project to my committee. Dr. Robinson knew I taught undergraduates his big idea approach to preaching, and he asked me if they were resistant to committing to his philosophy of having one main idea drive the message (he likely knew that Pentecostal preaching often preferred the buckshot to the bullet). At some point, the discussion shifted from teaching to the importance of storytelling in preaching. He recounted for me a time when he shared a stage at a conference with another speaker who was claiming that the days of preaching with a proposition were over, and today’s listeners needed narratives, not propositions. Robinson slowly repeated to me the statement that “…today’s listeners needed narratives, not a proposition.” He then lifted his index finger and with a wry smile said, “That is a proposition!”

The Moral of the Story

In point of fact, the Big Idea approach actually frees the preacher to creatively utilize a wide variety of sermon forms. In his now famous textbook Biblical Preaching, Robinson described different ways one can develop a sermon. There are deductive shapes: An Idea Explained, A Proposition Proven, A Principle Applied. There are semi-inductive shapes: A Subject to Be Completed, Induction-Deduction, as well as there are inductive shapes: A Story to Be Told (narrative sermons). And speaking of storytelling, in recent years expository homileticians have developed big idea preaching along more narrative lines (e.g. ” It’s All in How You Tell It ” by Haddon and Torrey Robinson, and ” Effective First Person Biblical Preaching ” by J. Kent Edwards). All good stories have a moral, and for these expository narrative approaches, the moral of the story is the big idea of the sermon. Robinson, recognized that narrative preaching had become vital for ministerial students to learn as they sought to communicate the gospel to a culture that speaks to itself in stories. He just did not believe that one had to give up a commitment to expository preaching in order to do so.

The Big Idea is a Philosophy Not a Method

Robinson defined Expository Preaching as “the communication of a biblical concept, derived from and transmitted through a historical, grammatical, and literary study of a passage in its context, which the Holy Spirit first applies to the personality and experience of the preacher, then through the preacher, applies to the hearers.” Note that his definition describes not a sermon method but a preaching philosophy. Many seem to misunderstand expository preaching to be one method (e.g., verse-by-verse exposition), rather than seeing it as a guiding philosophy (i.e., the exegetical idea of the text will be the basis for the big idea of the sermon). The shape the sermon takes (inductive, deductive, narrative, etc.) can vary depending on what will best communicate to the audience. The shape may need to change; but what does not change is the fact that the text’s exegetical idea is the basis for the message.

Robinson acknowledged that Christian preaching has been strongly influenced by Greco-Roman rhetoric but saw no biblical mandate that sermons take that or any prescribed form. Looking to the Scripture writers as examples, he points out that the teachers and prophets in the Scriptures used a variety of communication methods (parables, narratives, poems, riddles, speeches, letters, and visual aids). Their concern was for their audience, and they chose the vehicle that would best communicate to them. Likewise, Robinson believed that expository sermons have no standard shape and that it is their content and purpose that really matter.

It is hard to overstate how powerful a concept the Big Idea really is. From as far back as Aristotle to the recent preaching of Andy Stanley students of communication have recognized that truly effective speech communication is based on one big idea. ( Stanley’s “pick a point” and “sticky statement” are very similar to the Big Idea concept that Robinson espouses. See his article ” My Formula for Preaching “. I have also written about their similarities in my article ” Finding the Homiletical Wisdom in Andy Stanley’s Message Map “. For another recent affirmation of the sermonic effectiveness of the big idea, see Nicholas McDonald, “ 12 Things Tedx Speakers Do That Preachers Don’t ” ). The congregation is well served when the preacher  has learned to develop sermons that are based on in the words of Robinson, “one clear idea drawn from a biblical text that can be stated in a succinct and memorable way.”

The Most Important Lesson

I learned many valuable lessons from Dr. Robinson about life, ministry and of course communication.  However, on that day I received the single most important lesson he had to teach me: Whichever way you are choosing to communicate—whether you are teaching, writing,  storytelling and especially preaching—it had better have a proposition, a point, one big idea if you expect anybody to benefit from it!