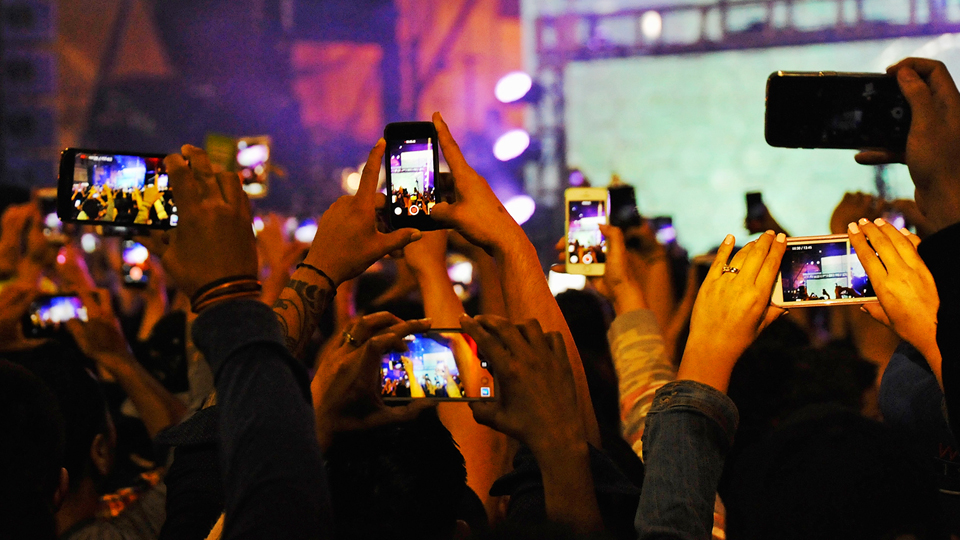 How the Smartphone has Changed Preaching

I once chuckled at a guest preacher when he began a sermon’s scripture reading by saying, “Turn with me in your iPhones to James chapter 2.” Of course, the congregation chuckled as well, but he was right — many churchgoers in the 21st century do not bring their bibles to church anymore instead, they utilize their smart phones — and for much more than just reading scripture during sermons. This article will assess the challenges and the advantages of preaching in the smartphone age.

This article is republished from Gordon-Conwell Theological Seminary.

Cognitive Effects of Smartphone Use

The rise of smartphone use has led many psychologists and researchers to conduct studies to determine the cognitive effects on the human brain as a result of their use. This is relevant to preaching because as Richard Cox pointed out in his book, Rewiring Your Preaching, “the results of preaching are predicated and dependent on the worshiper’s natural (brain) ability to pay attention, integrate current thought with experiences and knowledge, and utilize memory.” 1 This implies that the available cognitive capacity of listeners is dependent on their ability to pay attention – something that is hard to do when we live in a world where our smartphones connect us to the internet and notifications are seemingly endless.

In 2017, a research team from the University of Texas at Austin led by psychologist Adrian Ward conducted two experiments to test “how dependence on these devices affects the ability to think and function in the world off-screen.” 2

This particular study concentrated on the notion that the mere presence of one’s smartphone can impair their cognition and reduce their focus on a given task. The study consisted of nearly 800 undergraduate students who were asked to do one of three things with their smartphones:

This study was then carried out in two different experiments –

Experiment 1 – a group of the participants were subjected to a variety of tests that measured each student’s cognitive capacity.

This experiment found that the students that left their phone in another room outperformed the students that had their phones close by. The researcher’s results revealed that the mere presence of one’s smartphone decreases available cognitive capacity and can effectively impairs cognitive functioning, even though individuals feel they’re giving their complete attention and focus to a task.

Experiment 2 – a group of participants were given the same focus-oriented tests to measure available cognitive capacity.

Smartphones have also introduced a notion that multitasking can be good for the brain and that focus can be equally distributed.

When listeners pull out their smartphones during a sermon to check a text message or read a sports notification, their intention might be to briefly multitask before returning to focusing fully on the sermon. According to Daniel Goleman, a bestselling author on emotional and social intelligence, the brain simply doesn’t work this way.

Goleman shares: “Attention tasks don’t really go on in parallel, as “multitasking” implies; instead they demand rapid switching from one thing to the other. And following every such switch, when our attention returns to the original task, its strength has been appreciably diminished. It can take several minutes to ramp up once again to full concentration” 3

This reality presents a challenge for preachers. Each time a smartphone is used by a listener, concentration on the sermon is lost and then must be regained. In fact, each time a listeners interacts with his or her smartphone during your sermon, they might be tempted to view more than just one notification. Their intention of viewing one acute text message might lead them check other applications on their smartphone as well since they already have it out and available to them.

It is plausible to deduce from the research described above that the human attention span during smartphone use has been decreased. It is also plausible to link these decreases in cognition to the increased reliance on smartphones.

In fact, Apple released a statistic in 2016 stating that their iPhone users routinely unlocked their devices on average of 80 times per day. 4 Another 2016 study found that the attention span of students listening to lectures is determined by the skills of the lecturer rather than the material itself. 5 These results indicate that a preacher skilled in the art of presentation should be able to capture the attention of an audience throughout a sermon, no matter the topic or length.

POSITIVE IMPLICATIONS OF PUBLIC SPEAKING IN THE SMARTPHONE AGE

Obviously, excessive smartphone use is not good for the brain or for us preachers who wish to use our homiletical gifts to make an impact for God’s kingdom. But in light of all of the research that points to the negative aspects of congregational cellular use, there is a big advantage that preachers may wish to capitalize on. This advantage is that public speaking is still regarded as a popular way to communicate information in our modern society. The TED Talks organization is known for doing public speaking well.

Just as the Apostle Paul would step up to speak with the Stoics and Epicureans in a public meeting place of his time, TED has become a popular medium to share insightful ideas in our contemporary society. The TED model allows presenters to speak in front of audiences at various events throughout a given year. These talks are then shared online to a larger worldwide audience.

The popularity of TED is a reminder that public speaking is still a relevant and effective way to communicate an idea to an audience. The TED Talks website currently boasts 2,800 6 available talks in digital video format. Though TED Talks began in 1984, the organization began publishing their talks online in 2006 and had already reached a staggering one billion views by 2012. 7

According to TED’s curator, Chris Anderson, public speaking offers listeners something that they can’t get out of just reading information: personal connection, engagement, curiosity, understanding, empathy, excitement, conviction and action. 8 Anderson understands smartphone competition with public speaking as an “attention war” and offers many pieces of advice in his TED public speaking guide to combat it. 9

As Anderson implies, public speaking itself still remains one of the most effective means of communicating an idea to an audience.

In the preaching world, though the message comes from God, the presenter has the opportunity to use his or her spiritual gifting to uniquely relay that message through one’s own personality and method of speaking. Learning how to do this in a world where smartphones are “warring” for the attentions of listeners is vital. It can be done and it can be done well. Effective modern preaching strives to tear away the individualistic gratification offered by smartphones by in turn offering the communication of information with a personal touch.

6 TED Talks. https://www.ted.com/talks?sort=popular (accessed on Sept. 1 2018) This number represents the available TED Talks as of the writing of this paper. This number continues to grow each month as TED adds more events and talks to their library.