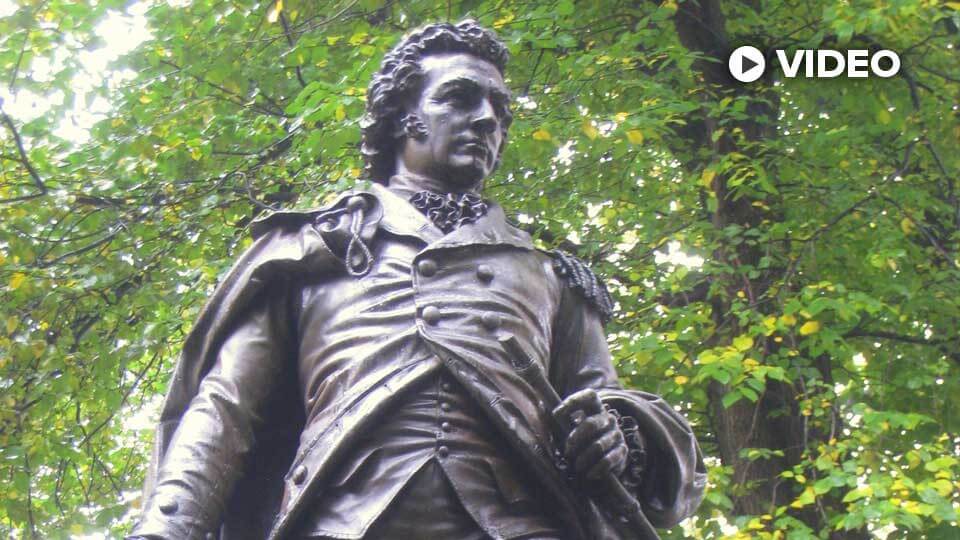 Heroes. Everyone has them. Often they are highly visible and their names well known. For some heroes are athletes who set records, sustain careers in their sport and take their places in Halls of Fame. For others heroes win Pulitzers, Oscars, or Grammys, for their exceptional talent.

John Glover and the Marblehead Militia

In American History, everyone knows George Washington and Ben Franklin. Most can tell you something about Thomas Jefferson and Abraham Lincoln. But few know anything about John Glover and his Marbleheaders. And yet, their tireless efforts may very well have changed the course of the American Revolution.

At the death of his father, John Glover moved with his mother to Marblehead, Massachusetts. He apprenticed first as a shoemaker but left that craft for the sea. Through hard work and a talent for business he purchased his own fishing schooner. Over time he added to his fleet and was among the most influential men in Marblehead. Risking all, by 1760 John had joined those who opposed Great Britain’s encroachment on individual rights.

By the time shots were fired at Lexington, Colonel Glover commanded the Marblehead Militia . They helped defend Boston and built fortifications along the coast. During this time he formed a friendship with General George Washington .

When Washington decided to create a navy, he charged Glover with acquiring ships and converting them for war. The decision soon produced its first results. They captured HMS Nancy with its cargo of guns, flints, and ammunition.

Washington moved his army to New York City in expectation that the British would strike the city. By June 30th 1776 130 British ships were at anchor in the harbor. On July 12th an additional 150 joined them and British forces numbered over 30,000 men. Washington faced this massive force with a poorly trained militia.

On August 27th General Howe attacked Long Island, and Washington took up a position on Brooklyn Heights. His men were in danger. Their limited ammunition made it a certainty that the men would be overrun and the American army destroyed.

Washington turned to his trusted friend John Glover. Glover and his men removed 9,000 men, their supplies and ammunition, horses, and artillery to Manhattan.

Howe reorganized and moved to cut off Washington’s retreat, but Glover placed his men behind stone walls and slowed Howe’s advance. British losses were greater than at Long Island and the delay allowed Washington to move off to White Plains.

Although they survived, the American Army was in crisis. Morale was low, supplies were exhausted, and volunteers were nearing the end of their enlistment. Washington made a bold decisive move.

First, he convinced his troops to stay with him for a bit longer. And then, to cross a frozen Delaware River to attack the British garrison at Trenton.

Again Washington called on Glover. He and his men maneuvered the frozen river and a winter storm to transport troops, artillery, and supplies to the other side of the river.

For the third time Glover was pivotal in a successful outcome. The army crossed the river seized the garrison and captured over 900 Hessian mercenaries. Washington finally had a victory to boost morale and keep his men in the field. Without John Glover; Washington, his army, and the war might have been lost.

Heroes are not always visible or even known beyond the moment of service, but they are no less heroes for their lack of fame. Such heroes do what needs to be done and move on. They make no claim for notoriety or reward. They do what they do because it is right.

What do you think about this? Do you know of any forgotten heroes of history that you would like us to highlight? Let us know in the comments below.