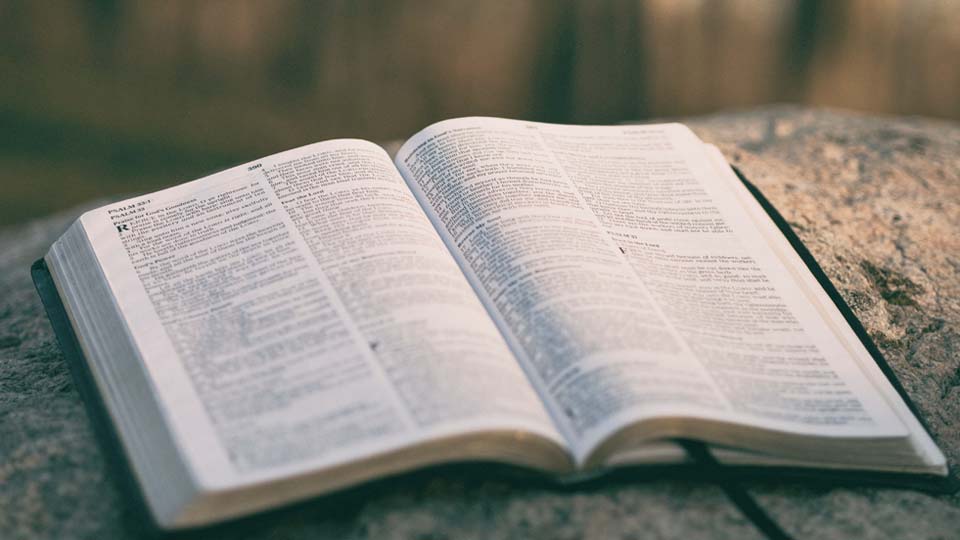 The terms “exegesis” and “eisegesis” refer to how you read the Bible.

Exegesis tries to listen to the text, and let meaning come from the text itself in its original, historical context.

Exegesis tries to listen to the text, and let meaning come from the text itself in its original, historical context.

Eisegesis brings meaning to the text, and does not concern itself with the original historical context of a biblical passage.

For example, in Revelation 3:15-16, John is talking to the church in Laodicea, which was a city in Asia Minor (modern-day Turkey). In these verses, John uses the terms “hot,” “cold,” and “lukewarm.” He says this, “I know your deeds, that you are neither cold nor hot. I wish you were either one or the other! So, because you are lukewarm – neither hot nor cold – I am about to spit you out of my mouth.” (Rev 3:15-16 NIV)

Answer me this, what does it mean in this passage to be hot, to be cold, and to be lukewarm?

An eisegetical method would use a modern understanding of those terms in a religious context to understand what that passage means.

In modern religious circles, we might say someone is “on fire” for the Lord. So, someone might understand “hot” to mean “on fire,” religiously zealous, or 100% committed to God.

Finally, since lukewarm is between hot and cold, we might understand “lukewarm” to mean someone who is religious but who is not fully committed to God, or who does not display the outward signs of religious fervor that we associate with someone who is “on fire” for the Lord.

All of this makes sense, in English. It takes contemporary connotations of modern, English expressions for “hot,” “cold,” and “lukewarm,” and brings those connotations to Revelation 3:15-16. It brings meaning to the text, without asking whether this meaning is coming from the original, historical context or not. This is an example of eisegesis.

Exegesis, on the other hand, looks to the original context of Revelation 3:15-16. It looks at the original Greek words for hot, cold, and lukewarm and explores how they would have been understood by the original author and audience of this passage of Scripture.

In this case, hot, cold, and lukewarm are probably referring to water temperature, using the water situation at Laodicea as a metaphor for the people in the church at Laodicea.

Laodicea was a rich city with many industries thriving in it. For all of its wealth and prestige, however, it also had hard, unpleasant water (Strabo, Geog, ). Two neighboring cities, Hierapolis and Colossae, had much better water.

These three cities, Laodicea, Hierapolis, and Colossae, were so close to one another that they are mentioned as a triad in Colossians 4:13. Studies from the ancient world tell us that Hierapolis was known for its hot springs. The hot water of Hierapolis was used by the Romans as a health spa, similar to the way natural hot springs are used today. Colossae, on the other hand, had cold, refreshing water. If you’ve ever been in a hot place during the summertime, you understand the value of cold water.

Laodicea, unfortunately, did not have enough water for its population. It had to pipe water into the city, and when the water got there it was neither hot nor cold, but was lukewarm. It wasn’t useful, hot water for healing, and it wasn’t useful, cold water for refreshing. So for all their wealth and prestige in the ancient world, Laodicea had an embarrassing situation with their water. And John, in Revelation 3:15-16, uses that embarrassing situation to make a point about the Christians in Laodicea.

When it says “I wish you were either one or the other,” John is saying that Jesus wishes they were useful, that they were either healing or refreshing to people. Apparently, based on the rest of this section in Revelation, this rich city of Laodicea was content to be blessed, but they were not doing anything with it. They weren’t being good witnesses to Jesus. They were not helping other people. They weren’t even looking to Jesus for their provision, but instead boasted in being able to pull themselves up by their own bootstraps. In other words, they were lukewarm Christians who talk a big game, but are not being helpful to other people.

Now to be clear, this binary of exegesis and eisegesis is a simplification of a much more complex discussion. There are books to read and classes to take if you are interested in pursuing this philosophical question in greater detail. But at the most fundamental level, exegesis & eisegesis reflect whether you consider the original context of Scripture to understand Scripture, or you are bringing your own meaning to Scripture, regardless of what it meant to its original author and audience.