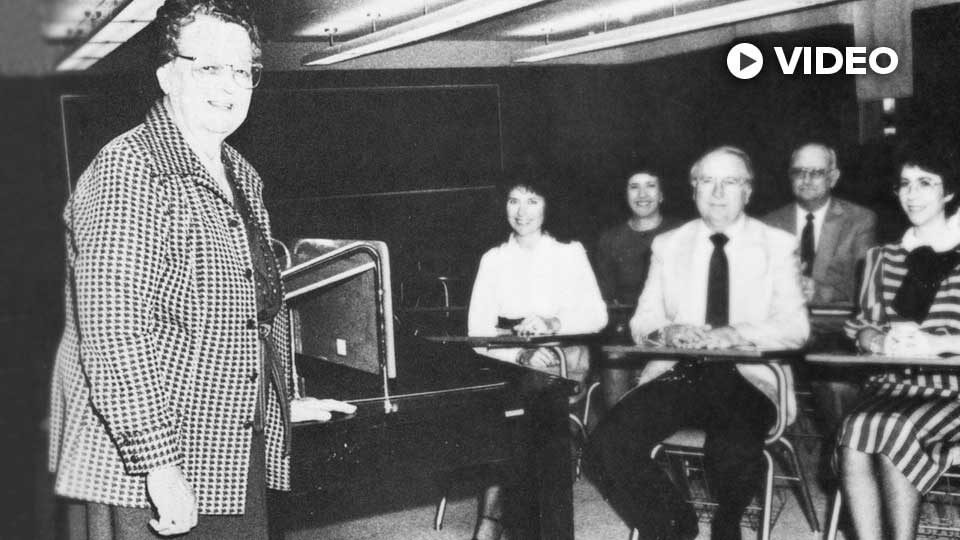 Heroes come in all varieties. Some run to the sound of battle. Others place the safety of others above their own. And while less dramatic, some people, like Elizabeth Galley Wilson, are heroes because of their courageous demonstration of a life well lived.

Elizabeth Wilson was born in Lubbock, Texas, in 1911. She attended Southwestern Bible School in Enid, Oklahoma, graduating in 1936. By 1939, she had arrived in China under missionary appointment from the Assemblies of God; but under the threat of Japanese invasion the American missionaries were evacuated to the Philippines for safety.

On December 7, 1941, Japan destroyed the American Fleet at Pearl Harbor, Hawaii. Within hours, they launched a second attack on Clark Field, just South of Manila. By December 27th, the Japanese had landed in the Philippines, fighting their way up the mountains toward Baguio, the home of Elizabeth Galley. The city surrendered without firing a shot.

The missionary families that had been stationed there gathered in one of the buildings and waited. Throughout the evening other people came in from other villages. The building became so crowded they had to take turns sleeping. A number of them had only the clothing on their backs.

Galley always recalled the haunting sound of the soldiers’ boots as they entered the buildings. The Japanese separated the men from their families and throughout the night she heard the sobbing of families divided.

Two days later, the Japanese soldiers were ordered to march their captives to Fort John Hay. They separated them into groups, and the children left first. Galley recalled seeing one young girl carrying a bundle in one arm and her doll in the other; while a little boy clung to his one possession, a red truck. The women followed a few minutes later, and the men brought up the rear.

According to Darren Lewis in his book, Captured By the Rising Sun, the barracks at Camp John Hay were filthy from days of bombing. The water lines had been cut by the retreating Americans. With water at a minimum and flies by the thousands, the first wave of dysentery soon broke out. Food shortages began immediately. Often times, the only way the missionaries stayed alive was by the Filipino people risking their lives to bring them food.

The guards forbade the prisoners from holding prayer meetings. Nevertheless four of the women came together for prayer. Two prayed while two watched for the guards.

Galley was released On January 31, 1942, but was re-interned later that year. For over two years she suffered the conditions of the camp and saw friends brutalized by their captors. Finally on February 3, 1945, the Americans arrived to free them. The ordeal was over, but recovery would take time.

Her imprisonment had been unexpected, but it did not change her commitment to her call. Elizabeth returned to Southwestern in 1948 as head of the missions department. There she taught new career missionaries the meaning of service and sacrifice. In 1952 she married Rev. A.E. Wilson, a former missionary to Africa. Two years later they went to Africa as missionaries.

In 1957 she rejoined the faculty at Southwestern, serving there until her retirement. A scholarship was established in the name of Arthur and Elizabeth Wilson to assist those planning a career in missions and the Texas State Legislature recognized Elizabeth Galley Wilson for her lifetime accomplishments.

Do you know individuals Like Elizabeth Galley Wilson who are heroes because of the example of their lives? Let us know in the comments below.

More Resources on The Raid at Los Baños