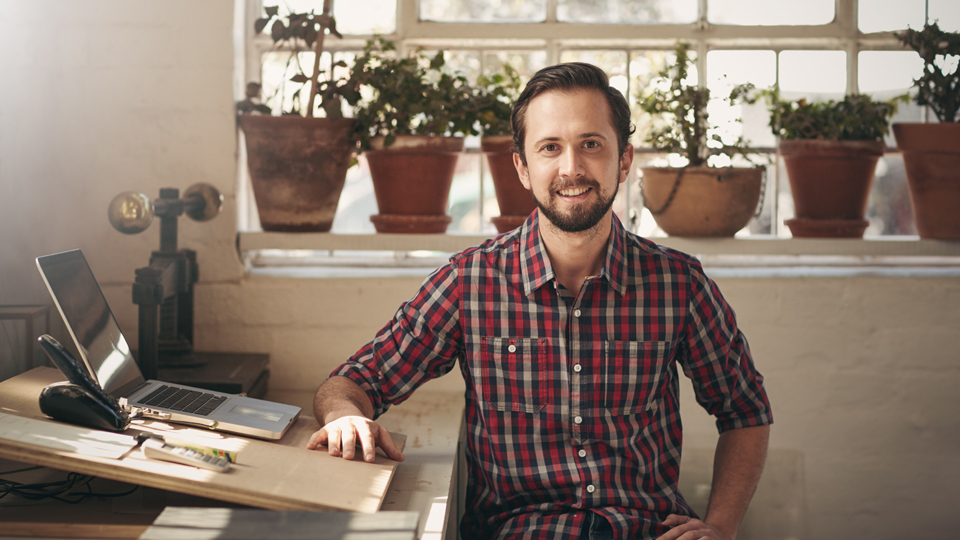 An Entrepreneurial Approach to the Business of Life

When most people think about entrepreneurship, business endeavors most likely come to mind. It’s true – entrepreneurship and business go hand in hand and an entrepreneurial mindset often is the creative genesis that identifies a business opportunity and the revelation of what it takes to transform the idea into a successful enterprise. Utilizing the same thought process and applying some of the profitable principles can yield favorable results in other areas as well. Incorporating an entrepreneurial approach to the “business” of life, in general, can help one create and lead an extraordinary, meaningful life that is filled with purpose, accomplishment, and fulfillment.

It’s not hard to recognize a problem; 90% of people are capable of that task. The real key is being creative and resourceful in devising an answer to the challenge and turning a negative situation into an opportunity to do good.

One of the hallmark characteristics of an entrepreneur is the ability to identify an opportunity and then to craft a workable solution. This trait can also lead to a wonderfully satisfying life of service to God and our fellow man (and woman). Too often, however, we turn a blind eye to situations around us or prefer to complain about a problem while ignoring a chance to be part of a solution. What if we were continually on the lookout for someone with an issue, or an organization with a problem, and we actively sought to facilitate a solution to the challenge? What if we saw problems and needs as opportunities? Think of all the good that could be done if more people were obsessed with solving problems rather than merely identifying them and grumbling. It’s not hard to recognize a problem; 90% of people are capable of that task. The real key is being creative and resourceful in devising an answer to the challenge and turning a negative situation into an opportunity to do good.

As entrepreneurs seek opportunity, their paths are almost universally littered with failures along the way. Rarely is even the most successful tycoon correct all the time. One of the most important traits of those who succeed is that they are not afraid to fail. Many times, multiple failures might have preceded the huge victory. If they had given up or not been willing to take the chance in the first place, they would have never experienced the triumph. In the same way, we must get out of our comfort zones and be willing to try something that is beyond what we know we can do in our own abilities. If we fail, or simply don’t do a great job, we have gained experience and knowledge for a better performance next time. Question many great speakers and they will probably be quick to tell you of some of their early attempts and the fiascos they and their audiences endured. Experience, training, and even failure taught them how to get better and fulfill their purpose more effectively.

Our fear of failure might not be in the public arena in front of hundreds or thousands of people. It could just as easily be in a task we have never done and are unsure how it should be done. We might shy away from accepting a task or assignment simply because it is unfamiliar to us and we feel that there are others who are more qualified and could probably do it better. Even those who might be more experienced had to have a first time at some point and sometimes availability is more important than ability. Also, we need to remember that God might have placed in another person’s mind the idea about our suitability for an assignment and HE has a plan for us that is more than we have for ourselves. We must be willing to be pushed beyond our perceived current abilities. That notion doesn’t mean that we don’t do our part by studying, training, and preparing, but if we know we already can do it, it’s not really a stretch and there is no growth.

Speaking of preparation, entrepreneurs often make great sacrifices in the early stages of an endeavor and reap the benefits much later in the process. Many people might see the financial rewards of a fruitful venture and mistakenly think it was an easy path and lucrative all along the way. The true situation is usually very different. The person often starts with an idea and a dream and not much in the way of financial resources. Sacrificing current lifestyle, the businessperson plows all his/her savings into the venture and lives frugally while devoting inordinate amounts of time during those formative years. It’s after years of financial investments and time expenditures that the rewards become apparent.

We need to be willing to sacrifice current time and effort to prepare us for something greater. God doesn’t always call and immediately send the person into the work. There is often a time of preparation in between the calling and the sending. This preparation might be formal education as offered in a university or it could be informal training and experience in an internship or entry-level apprentice program. Either way, we are foregoing other alternatives to gain the knowledge and skills that will increase the ceiling of the tasks to which we can be entrusted. While God is quite capable of supernaturally equipping someone for a task, He often expects us to do our part in the preparation process. Sacrifice and prepare now to be more useful in the future.

While many might associate an entrepreneurial mindset with a business-oriented context, there are multiple concepts that, when applied to life in general, can increase our effectiveness in fulfilling the purposes for which we were created. Instead of aimlessly wandering through life, we can have a proactive approach to preparing ourselves, identify opportunities, and then step out and take action without fear. We can all be “life entrepreneurs.”