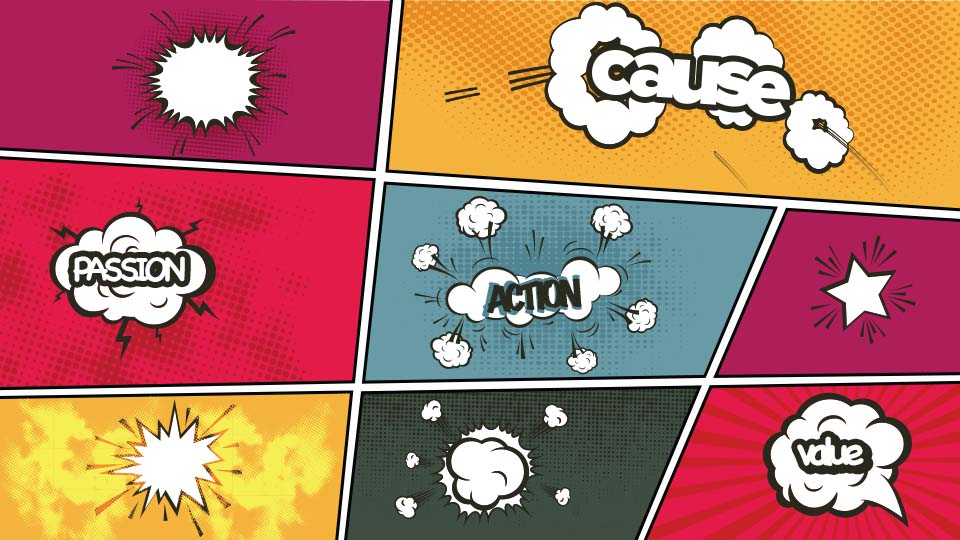 The Desperate Search for the Christian Heroic

Okay, so let’s admit it — we love superheroes.

In spite of our ever-growing knowledge and advancing technologies, we allow ourselves to be captivated by the over-the-top imaginations of those who look like us, but demonstrate a capacity or two that we can only dream of. Since Superman catapulted into our world in 1938, America has given three-quarters of a century to stories like his, and shows little sign of abandoning such fantasy. But what if these stories could be real? Better yet, what if such exploits could reveal YOU in that cape? Most of us would humbly chuckle at such a thought. We live more like Clark Kent and have yet to find any phone booth that could make us… well, you know. Besides, what’s a phone booth, anyway?

Heroes are real. We encounter them nearly every day, chasing criminals, extinguishing fires, or populating battlefields in the name of a nation they love. Their stories are in the Bible too. Like the fellas that stood out among King David’s warriors—guys Israel’s history calls mighty men. Their story stirs something in those who read it. And in their moment we even learn a bit of what our own path to the heroic might be like.

The story emerges from the middle of 2 Samuel 23 on a night when three such men overheard their king longing for some better tasting water. “That well back home, near Bethlehem…” David mused. These were thoughts of simpler days, childhood days when a young boy could grab a refreshing sip while he strummed peaceful tunes of praise to his God.

Hearing their king, the mighty ones snuck from the camp, penetrated enemy territory, and returned hours later with the liquid prize. David, overwhelmed at their love for him and effort to restore his hope, lifted the canteen up to God rather than to his lips and poured its precious contents out in an act of worship. The water had done its job—and then some.

It’s a great moment, one that offers more than resume fodder for a few soldiers or spellbinding stories for future campfires. For in their action, we learn a lot about what it takes to be a hero, and even how to don the cape ourselves.

The damsel’s cry, the City Commissioner’s ringing of the red phone, the need takes many shapes and sizes. But, the point is that a cause is needed if a hero will emerge. For the mighty men, it’s their king’s depression. The emotions of battle have overwhelmed him. I mean, it’s just a little water, but that canteen would shout hope back into David’s heart. He needed that.

Here’s a fact: Heroes find their cause in the needs of others. The Apostle Paul had some of that in mind when he begged the Philippians to put the needs of others ahead of their own. That’s what heroes do—someone else needs their help so cue the theme music, ‘cause it’s the cause that demands a response.

Why would they risk such a thing? You see, the hero’s heart explodes with passion. These guys weren’t just testosterone junkies looking for their next fix. They were “all in” for this king and their passion wouldn’t let even one of his wistful thoughts go unaddressed.

Here’s a fact: A hero’s true superpower is his heart. It’s not his muscles or blazing speed. Oh, his ability may say he can, but it’s his passion that says he will. God himself demonstrated such passion when he engaged this planet on a whole new level, and those who pursue Him soon find that same passion for those in need growing within their hearts.

This is an action story—every hero story is. It’s not a documentary, a family feature, or even a tear-jerking drama. No, you’ll only find this one on the video aisle marked action. That’s what a hero story requires—someone who let’s their passion stir their feet.

Here’s a fact: The hero is the one who moves first. That’s really all that’s required to be a hero. She’s the girl who stepped forward. He’s the guy who simply did what was needed. Others follow, but heroes don’t make decisions based on what their friends decide to do. They hear the cry for help…and there’s that music again.

Sometimes the credits roll amidst victory and the promise of future battles. Sometimes, the end brings the end of our hero as well. For David’s men, there’s a happy ending as they live to fight another day, but other heroes pay that ultimate price to do their coveted work. Jesus said that there’s no greater love than when one lays down their life…a lot of hero stories end that way too.

Here’s a fact: A hero’s story is defined by what he’s done, not by how it ends. History says that most of the apostles met grisly ends as they propelled the Gospel toward uttermost places. Hebrews 11 offers the stories of others who by faith gave themselves to Heaven’s purpose. Even in our times, heroes step forward in Christ’s Commission with no thought of ever coming back. It’s what makes them heroes—and the world doesn’t deserve them.

The point is that there’s a “Heroes Wanted” sign hanging in the window, placed there by the abandoned, the abused, and those in agony. If you listen close, you can hear that damsel’s call, desperate for a response. In those moments, there’s hero story waiting to be written. And with God’s love and power, he might just make it a super one.