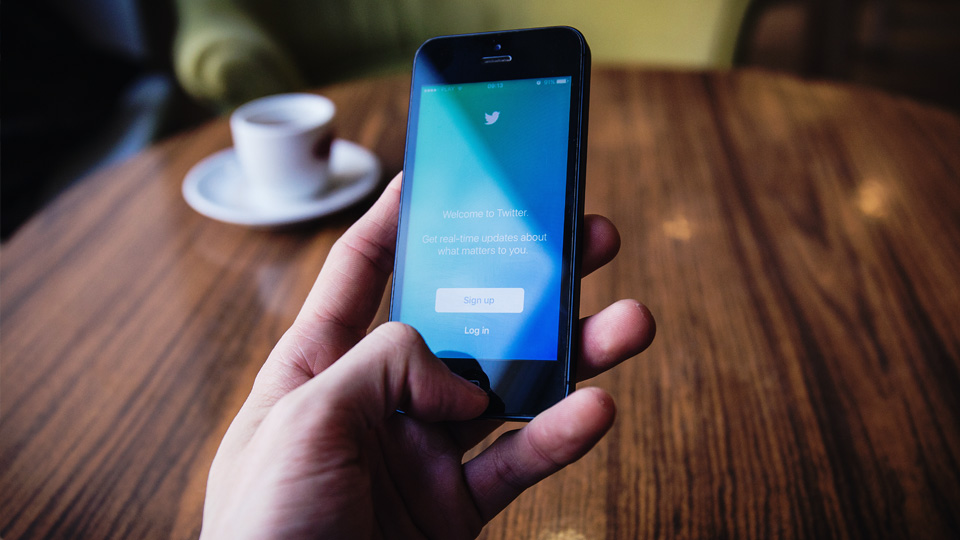 Imagine King Solomon gawking at an iPad. We’ve come a long way from papyrus scrolls, cuneiform tablets, scribes, printing presses, telegrams, and even being solely dependent on handwritten letters delivered by the Pony Express. Technological advancements and globalization have definitely changed how our society (and most of the world) engages information. We are constantly inundated with massive amounts of information; we rarely encounter any data solely by itself. TV shows have ads for other TV shows in the bottom corners of screens. News channels will report on one issue, while several other headlines cruise by underneath. No single web page is complete without multiple scrollbars, links, and the bombardment of the occasional pop-up; we automatically know that no matter where we travel on the Web, we will be greeted with an onslaught of images, colors, and words.

As a result of the data tsunami, the way we receive and distribute information has changed. The act of skimming through information and scrolling—whether that means glancing through our Facebook, Twitter, or Tumblr feeds—is our response to help us navigate the waves. We also communicate with each other on personal levels through brief snippets of information, such as updating statuses and Tweeting our hearts out in 140 characters or retweeting a meme or status that we agree with. The interesting thing to note is that while technology has evolved, this form of abbreviated communication is not novel.

One of his Tweets might read “Wife #55 is nagging again. Sounds like a leaky roof. #makeitstop.” Even though Solomon didn’t have a social media account to share his thoughts or update his status, his words reflect the longstanding and near-global tradition of the use of maxims, proverbs, and aphorisms to convey deep truths in bite-sized pieces. Sayings such as “You catch more flies with honey than vinegar” and “Worrying is like rocking in a rocking chair: it gives you something to do, but you don’t get anywhere” are modern proverbs. Proverbs with their short bursts of wisdom rely on a common poetic characteristic: compression.

Compression is simply saying the strongest message with the fewest words needed. The writers of the biblical Proverbs use compression as they utilize various types of figurative languages, such as imagery, metaphor, and simile, to make their statements tight and condensed. These elements work together within their cultural contexts to portray wisdom in strong, short bursts of words that are easy to remember and that teach a lesson or reflect on a wise practice.

The book of Proverbs is a book of biblical poetry.

Linguistically speaking, poetry integrates more lexical words than structure words. Structure words are words that don’t have inherent meaning or connotations of themselves, but they serve to provide a framework for context. They function syntactically and grammatically. Among these types of words are articles (such as “a,” “an,” and “the”), prepositions (such as “of,” “to,” and “by”), and “being” verbs (such as “am,” “are,” “is,” “was,” and “were”). Lexical words, on the other hand, are words with dictionary meanings, such as objects, places, people, things, actions, or characteristics; they are nouns and verbs, adjectives and adverbs. They conjure up distinct images in readers’ minds. Compression relies on more lexical words and only necessary structure words, and this is one major way that poetry differs from prose.

Because lexical words take center stage in poetry, the imagery becomes the preferred tool for the poet. These are the words that engage readers’ senses: seeing (visual imagery), hearing (auditory imagery), smelling (olfactory imagery), tasting (gustatory imagery), and feeling (tactile imagery). These images are made even stronger when they are partnered together in comparison, such as the case when simile and metaphor are used.

Simile and metaphor are woven throughout Proverbs. The basic difference between the two is that a simile is a comparison that uses the words “like” or “as” (“the sun was like a giant wheel”), whereas a metaphor omits those to drive home a direct substitutive comparison (“the sun was a giant wheel”). Both are dependent on correlative images. These images are strong because they are common and have meaning for the society.

One recurring thematic image is trees, both healthy and unhealthy. Trees were common sights in the agricultural society of the Middle East. Proverbs makes use of these often. Proverbs 11:28 (ESV) provides a didactic image: “Whoever trusts in his riches will fall, but the righteous will flourish like a green leaf.” Proverbs 13:12b speaks to the notion that “…a desire fulfilled is a tree of life.” Healthy trees meant prosperous times; poisoned or unhealthy trees meant failed crops and empty hands.

Another image is the effect of spoken words. Proverbs 12:14 speaks to fruit as a substitute image for words: “From the fruit of his mouth a man is satisfied with good, and the work of a man’s hand comes back to him,” whereas Proverbs 12:18a uses a dangerous image to warn of consequence: “There is one whose rash words are like sword thrusts…” The distinct associations of violent damage caused by stabbing…well, I don’t think the author could get much clearer on his intended meaning. Proverbs 15:4 warns the reader to watch the power of his or her words: “A gentle tongue is a tree of life, but perverseness in it breaks the spirit.”

Biblical similes and metaphors between recurrent, familiar images, carried not only the power and impact desired, but they did so in a way that was memorable.

Crowns and their associations with authority and power are also recurring images. Proverbs 14:24 reads, “The crown of the wise is their wealth, but the folly of fools brings folly.” In Proverbs 12:4, we see a metaphor and a simile to describe two different kinds of women: “An excellent wife is the crown of her husband, but she who brings shame is like rottenness in his bones.” Clearly, a man would want crowns and glory over rotten bones! The metaphor and simile work to paint distinct, dramatic ideas, more so than just the statement: “An excellent wife brings her husband glory, but one who brings shame is terrible for his health.”

Sometimes a simile or metaphor is also effective because of the even more distinct socio-religious or socio-cultural attitudes toward the images themselves. For example, Proverbs 11:22 (ESV) reads, “Like a gold ring in a pig’s snout is a beautiful woman without discretion.” In Jewish culture, pigs are considered ceremonially unclean, so a ring of gold (normally valuable), immediately loses its value and use in that case. The use of the simile for a strict comparison of a beautiful woman to this object in this context serves to underline the importance of wisdom and discretion.

So while Solomon may not have had the tech or the Twitter account, he still got his message across with the intentional usage of distinct types of words. The biblical text serves to testify to the power of brevity and concentrated language. Biblical similes and metaphors between recurrent, familiar images, carried not only the power and impact desired, but they did so in a way that was memorable. Like our social media posts’ typical length, they allowed readers the opportunity to grab onto and retain important information. So the next time you Tweet a status or come across a maxim, consider that sometimes, less is more.