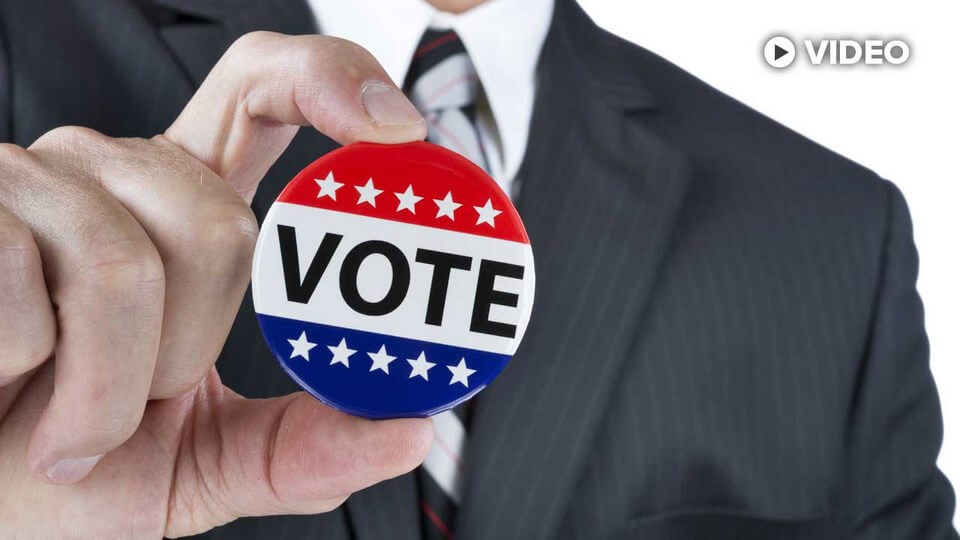 Should Christians Participate in Politics?

Ever wonder if God cares if you cast a ballot? Or does He care how you cast your ballot? The answer to both of those questions is “Yes.” Yet how would Jesus have us vote?

*The embeded video is from a video series on voting your values produced by President Kermit Bridges in 2012.

A Biblical View of Politics

When Jesus was on earth, He did not reside in a democratic republic like the United States. He lived under the oppression of an imperial dictatorship and had no opportunity to cast a ballot.

He declared:“Render to Caesar that which is Caesars, and to God, the things that are Gods.”

Instead of distancing believers from any connection with a civil government, he indicated there was a level of responsibility to engage in civic matters. Instead of having political leaders imposed upon us, we have the God-given opportunity to select our leaders.

Shouldn’t God’s people be instrumental in influencing the selection? After all, some set of values is going to govern or control the nation. Given what Scripture reveals about the character of God, do you think He cares whether our leaders promote the killing of the unborn or the destruction of the biblical definition of marriage?

It only makes sense that Christians should be at the forefront of selecting leaders who will govern according to God’s principles and will formulate policies more likely to bring God’s favor.

Some well-intentioned believers feel any efforts to exert pressure on the behavior of non-Christians is wrong.

“Providence has given to our people the choice of their rulers, and it is the duty, as well as the privilege and interest of our Christian nation to select and prefer Christians for their rulers.”

Can you imagine Chief Justice John Roberts or either of our two presidential candidates saying that today!

In commanding us to be “salt” and “light” in the world, Jesus is encouraging us to influence our culture rather than isolate ourselves from our culture. Some well-intentioned believers feel any efforts to exert pressure on the behavior of non-Christians is wrong.

Anything beyond evangelism is off-limits. As a result, Christians should definitely not engage in politics. This thinking is characterized by the false assumption: “I personally believe in such and such, but I can’t impose my morality on others.”

Every time a legislature enacts legislation, it is always an imposition of morality.

“We have no government armed with power capable of contending with human passions unbridled by morality and religion…Our constitution was made only for a moral and religious people. It is wholly inadequate to the government of any other.”

Even our most irreligious Founding Fathers, Franklin and Jefferson, championed the need for a virtuous and moral people influenced by faith.

God has given Christians in democratic countries a unique way to “salt” their world that first-century believers did not enjoy. We have been granted the freedom to choose leaders that will advance righteousness or unrighteousness.

When you hear someone say “God’s in control no matter who gets elected.” A statement like that is usually intended to ease the guilt of someone who chooses to ignore Biblical values when they vote.

But God has also ordained the means to achieve that outcome – you and me exercising our responsibility to vote.

Ignoring what the Bible says about the issues at stake in an election is inexcusable. Ignoring the positions of individual candidates on matters like abortion, same-sex marriage, and religious rights is immoral.

Those who say Christians should not try to impose their morality on the populace – listen to the counsel of the late Chuck Colson:

What do you think about this? Do you think God expects you to participate in the political process? Let us know your thoughts by commenting below.