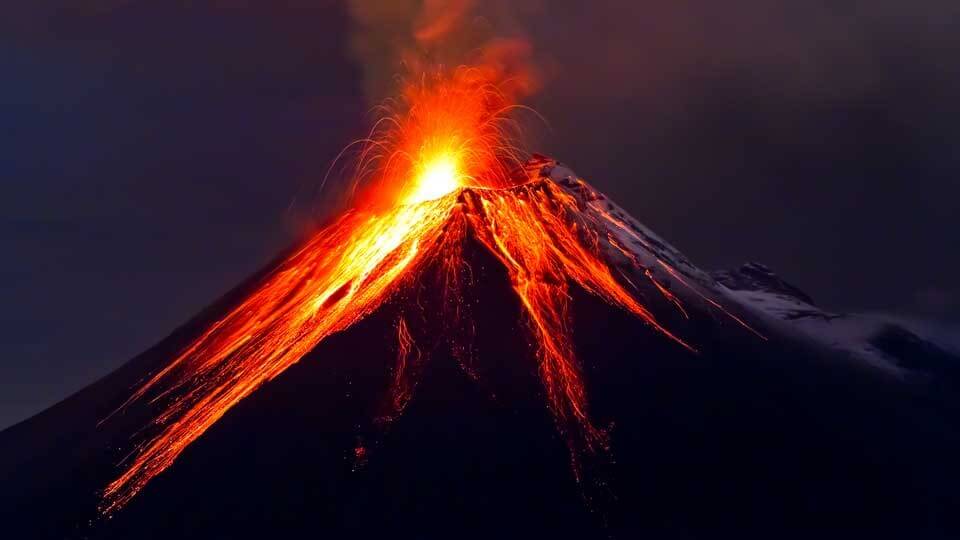 How to Manage Difficult People in Ministry: The Volcano

In the work of the local church, a pastor will frequently come across people that are challenging to manage, much less lead. These are folks that have established unhealthy habits in relationships or have learned responses to conflict that have frequently proved destructive.

Who are these people and what can we do with them? Believe it or not, they come in several, easy-to-identify varieties and you can learn to manage them and even lead them to healthier behaviors.

We label this person a volcano because they tend to erupt when things don’t go their way. It’s the threat of their explosion and the experience others have of the resulting lava burns that keep everyone on edge when difficult subjects must be discussed. This is the “Oh no, Bill’s going to hit the roof when he hears this” type of reality that many churches are crippled by.

No pastor can afford too many volcano explosions among his people. Such moments are embarrassing and disruptive to the desired peaceful life of a congregation. Yet, often volcanoes seem oblivious to their own destructive impact.

How to Manage the Volacano in Ministry

1. Remove the from the crowd. The first step in dealing with a volcano is to draw them away from people when they are ready to spew. Share new direction or decisions privately where there is no audience. If they’re erupting in a crowded hallway, ask them to step into your office or some other private place. Never try to deal with a volcano in front of an audience. If they won’t move into a private place with you, go there anyway and leave them where they stand.

You can’t deal with a volcano in front of a crowd—that’s their home turf!

2. Ask them to sit down. It’s very difficult to maintain the same intensity of negative emotion when you’re sitting down. Animated people need to move to fully express themselves so sitting down takes away a large chunk of that opportunity. Invite the volcano to sit down (you sit too) and tell him that you’ll be glad to discuss their issue if they’ll sit with you. Calmly refuse to engage the conversation until they sit too.

3. Don’t try to match their intensity. When a volcano is erupting, someone has to remain calm. Let that be you. Speak in soft tones. Lower the register of your voice a bit. Refuse to be baited into an emotional reaction. The wider the gap between your tone and theirs, the more you encourage them to soften their approach. If you escalate with them, the volcano will gain energy and keep spewing. If you have a tendency to express anger or lose your temper, this step will take real self-discipline, but keep in mind that you will never win a shouting match with a volcano.

4. Listen, without interrupting. Once seated, listen to the complaint of the volcano. Let him get it all out. Don’t interrupt or correct or argue. Drain the lava flow fully. Sometimes this individual just needs to be heard so hear him.

5. Ask him/her to repeat details. Once the spewing is done, ask this individual to repeat key details. “So, you’re telling me that my youth pastor…” or something to focus them on the specifics of what they said. Often when someone is angry, the details get overstated, so here is a chance to ask for a clear and accurate description of the situation.

6. Remove hearsay and exaggeration. Here, you want the volcano to own up to his own involvement. “So did you see this happen?” “So who was it that told you this happened?” These questions get more of the truth to the table. There may be a legitimate issue amidst the explosion, but you want to get the facts as clearly as possible. Also, ask questions that can help trim the exaggerations away. When people are angry, they tend to say more than is true to help fuel their anger.

7. Give a soft, clear answer. If there is something to investigate, assure the volcano that you will research the situation and deal with it appropriately. Don’t tell the volcano what your response will be, but assure them that you’ll do what is needed.

8. Hold them accountable for what they’ve said and done. After you have listened, discerned the situation, and pledged to take appropriate action, now you must deal with the volcanoes behavior. If they have wronged someone, this must be dealt with. If they made a scene, insist that they handle things differently in the future. Explain that while you want to deal effectively with every situation, their behavior has not been wise or helpful.

Help the volcano see how you want them to respond to such situations.

Remember that the goal of such moments is not merely to survive the latest eruption, but to teach new behaviors and help the volcano learn new patterns for dealing with people. Clearly this isn’t an exact science and great results may take several such efforts, but you can ultimately help train these individuals to manage their conduct and their lives more effectively. And that’s a win for everyone!

If you’re going to have healthy leaders, you have to teach healthy leadership, and once you have done so, you can, then, expect that healthy behavior. I have found that teaching on these things once a year to my leaders helps establish a clear understanding of the necessary expectations and gives me a reference point for requiring accountability when it’s needed.