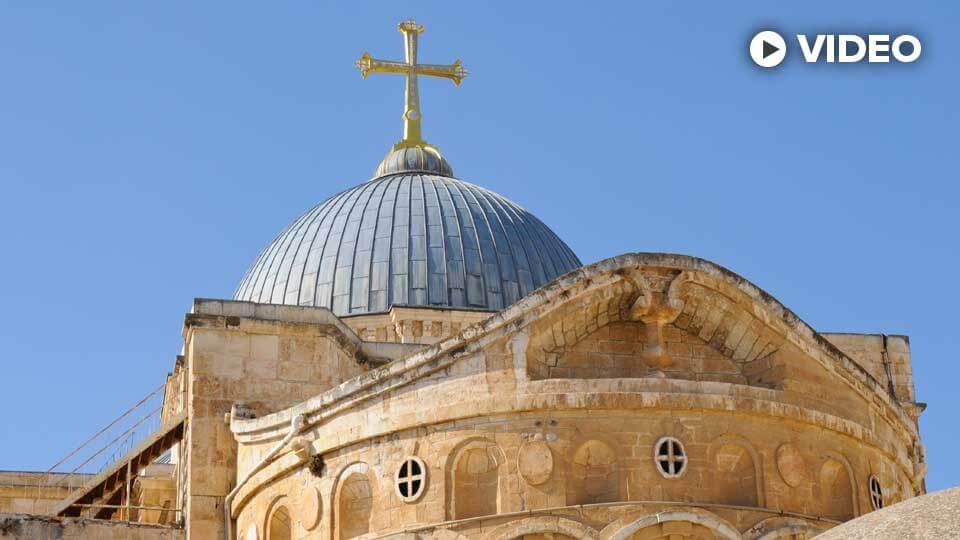 Have Archaeologists Found the Tomb of Jesus?

Before we continue, make sure you first check out our blog on 1st century Jewish burial customs . There we discussed some foundational information that will be necessary to grasp the topics mentioned here.

The Garden Tomb and the The the Church of the Holy Sepulcher are two possible locations for the tomb of Jesus. We’ll be assessing the archaeological findings at these tombs to determine which one is more likely the actual tomb of Jesus.

At the place where Jesus was crucified, there was a garden, and in the garden a new tomb , in which no one had ever been laid. Because it was the Jewish day of Preparation and since the tomb was nearby , they laid Jesus there (John 19:41-42).

According to this scripture there was a garden by Jesus’s tomb. Additionally, the tomb was near the area of crucifixion. If we can find the garden, then perhaps we can find the tomb.

Near a possible location for Calvary, a tomb was found in 1867. Around this location, evidence has been found that a garden once existed, giving it the name of The Garden Tomb. Additionally, outside the entrance of the tomb a trough was found, suggesting that a large stone was used to seal the tomb.

Above is a schematic of the Garden Tomb. This tomb is not an arcosolium nor does it contain kokhims like was suggested in our previous blog. The tomb contains troughs that would have held a sarcophagus type of container, a very different burial style than what was practiced during the 1st century. There are also Byzantine symbols on the walls of the tomb dating to the 5th or 6th century.

Archaeologists have also determined that the tomb was most likely created using older tools to chisel it out of the hillside. The tools they think were used date back to Old Testament times, making the Garden Tomb far too old to be a 1st century tomb.

With this mounting evidence, the conclusion is that the Garden Tomb is not a 1st century tomb. More and more discoveries point to it being much older, as old as the 8th or 7th centuries BC. We can say with some certainty that this is not the actual tomb of Jesus.

The Church of the Holy Sepulcher

Some have disregarded this to be the tomb of Jesus due to its location. Scripture is clear that Christ was crucified and buried outside the city walls and the Church of the Holy Sepulcher seems to be located within the city walls. However, recent studies have brought into doubt the true location of the city walls at the time of Christ.

This church was built by the Roman Emperor Constantine around 325/326 AD. Constantine based his decision on the location of this church from Christians living in the area at the time. These Christians stated that a Jewish tomb was located under a temple to the Greek goddess Venus. After deconstructing the temple, they did indeed find a Jewish tomb. An edicule was then built over the site. Sadly, this edicule has since been destroyed and rebuilt. The current state of the tomb was rebuild in the 19th century.

Excavations under the Church of the Holy Sepulcher have revealed additional ancient Jewish tombs. In the picture above you can see one of these tombs. Notice that this tomb has two kokhim . Later excavations in 1971 found a stone with a drawing of a boat from the 4th century. This stone had latin writing saying In domum Domini ilimus which translated means “Let us go to the House of the Lord.” This suggests that early Christians held this site in high regard.

Conclusions on the Church of the Holy Sepulcher

*This blog was created from a video lecture given by Christopher Gornold-Smith.

*ThoughtHub is provided by SAGU, a private Christian university offering more than 60 Christ-centered academic programs – associates, bachelor’s and master’s and doctorate degrees in liberal arts and bible and church ministries..