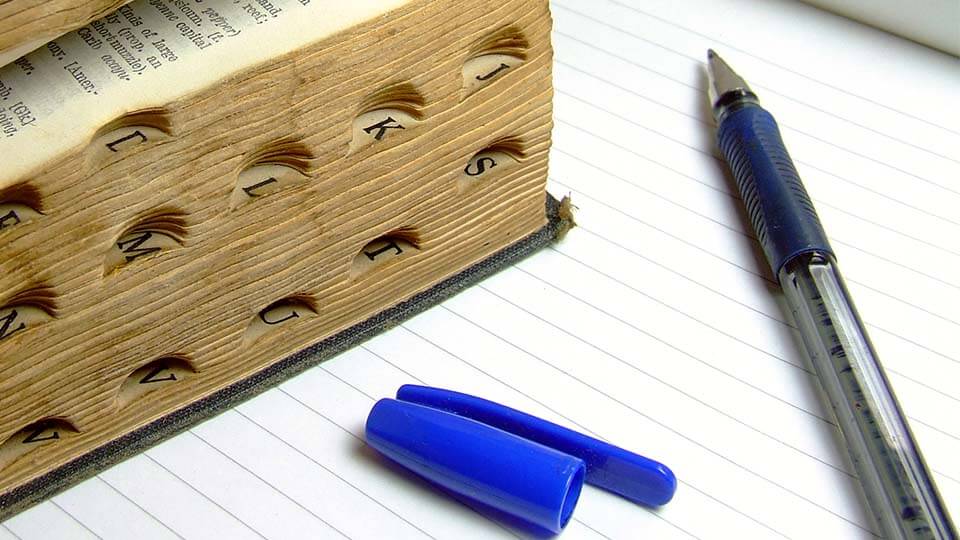 Fake languages like Tolkien’s are called constructed languages ( conlangs for short), and creating them is called conlanging . This requires determining the sounds (phonetics), sound patterns (phonology), word-building rules (morphology), sentence-building rules (syntax), meaning relationships (semantics), and socio-cultural rules (sociolinguistics) of the language . Despite the difficulty, Tolkien wasn’t the first to conlang ; conlanging actually has a long and rich history. The oldest known conlang is Lingua Ignota (a supposed angelic language) created in the 1100s by Hildegard von Bingen. By Tolkien’s birth in 1892, at least 110 conlangs had been recorded, and by the publication of The Hobbit , there were at least 300. While early conlangs were for religious or political purposes, some pre-Tolkien conlangs weren’t. Edgar Rice Burroughs developed Barsoomian and Amtorian for his John Carter stories, and George Orwell developed Newspeak for 1984. Since Tolkien, the number of fictional conlangs (called fictlangs or artlangs) has exploded with languages like Klingon, Vulcan, D’Haran, Go’Auld, Valyrian, and Old Solar. According to some counts, there have been over 900 conlangs created for a variety of purposes over the last 900 years. Tolkien was in good company, but he did do something brand new in conlanging – language families.

As a philologist, Tolkien knew how languages develop from other languages, and he used this to reflect the real world in his fictional one. For the elves, he created Primative Quendian, Avarin, Common Eldarin, Quenya, Telrin of Aman, Sindarin, Nandorin, Doriathrin, Noldorin, Ilkorin, Goldogrin, and Silvan Elvish. For humans he worked on Taliska, Adûnaic (Númenorean), Soval Phárë (Westron – the Common Speech), Rohhirric, Rhovanion, Dalish, Drûg, and others. Dwarves had Khûzdul; Ents, Entish; the Valar, Valarin; and Orcs, the Black Speech of Sauron. Some of these, like Quenya and Sindarin, were developed with extensive lexicons and grammars. Others, like Adûnaic, Khûzdul, Entish, and Valarin were developed just enough to be able to name characters and places, but rarely to create whole sentences.

Tolkien’s initial “fairy language” was Quenya (pronounced kwen-yuh). However, Quenya isn’t the “Mother Tongue” of his elvish languages. After developing Quenya, he back-formed the mother tongue, called Primative Quendian, as the first language of the elves. As the elves began to split up (explained in The Silmarillion), their language divided, leading to Avarin and Common Eldarin. While Tolkien didn’t develop these languages fully enough to create whole sentences or poetry, he did plan out how they changed phonetically, phonologically, morphologically, and syntactically. From Common Eldarin, he finally reached the original elvish language that he created – Quenya – along with its sister languages: Telerin, Nandorin, and Sindarin. While Telerin and Nandorin were underdeveloped like Avarin, Sindarin was fully developed like Quenya. Sindarin, in fact, is the most commonly spoken elvish language in the books and movies. The following is a brief chart showing these family relationships. 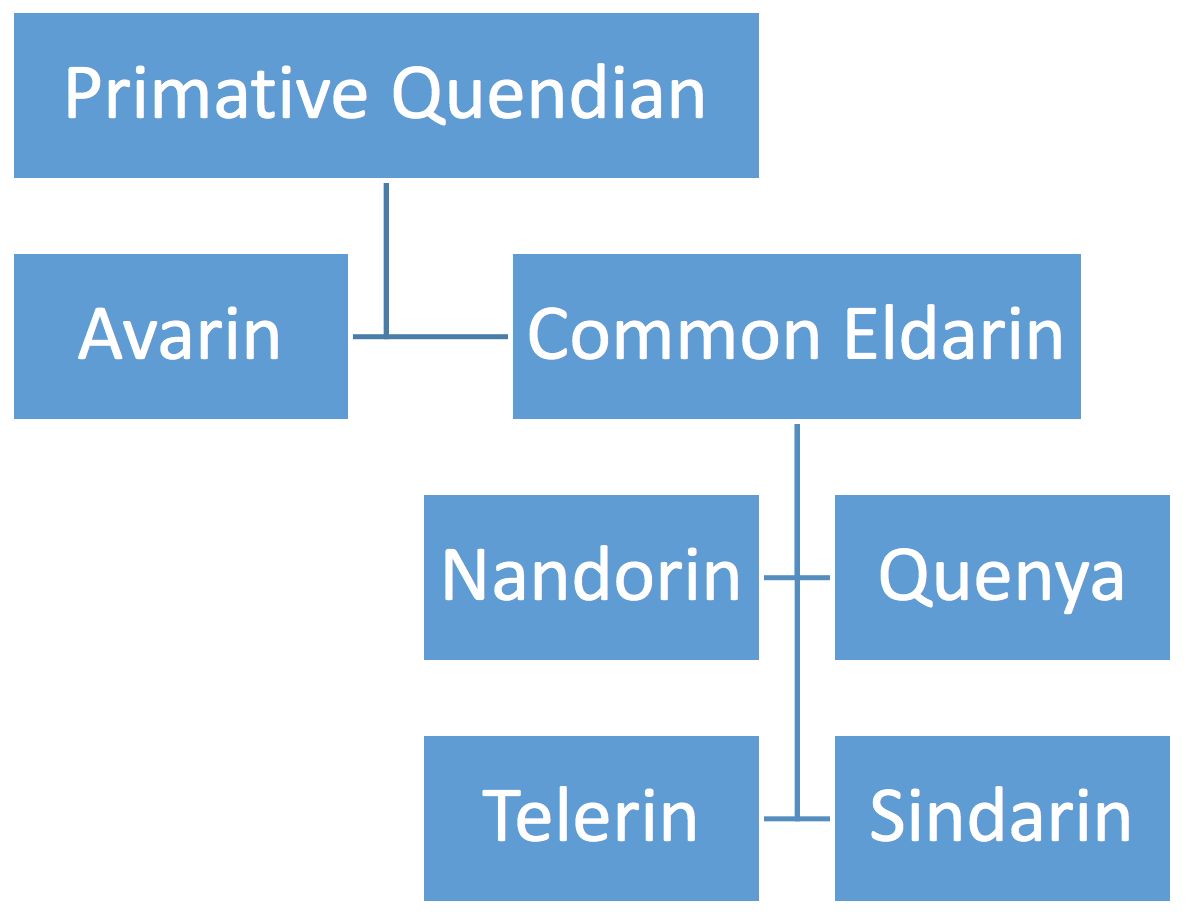 As indicated earlier, Tolkien also created a family of languages for humans. The mother-tongue for humans was called Taliska. However, as different groups of humans encountered the different groups of elves, dialects of Taliska began to form. Three families of men came into contact with the Sindarin-speaking elves. From this influence, Tolkien developed Adûnaic – the language of Aragorn’s ancestors and parent language to Westron, the common speech in which the tales of Middle-Earth were originally written.