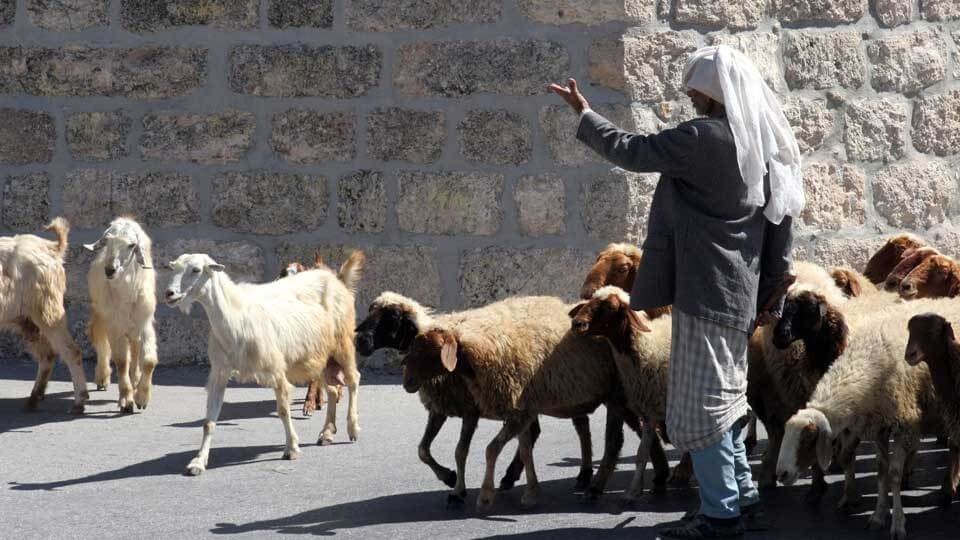 We discover the heart of God in Scripture both through his acts of redemption and judgment. Our attention needs to arise when we hear the iconic, “Woe unto you….” A Woe Oracle was more than a generic “Hey you, listen”; it warned recipients of impending judgment unless repentance ensued.

The Woe Oracle takes on particularly severity when God himself rises against a people. In Ezekiel 34, God’s anger is stirred and he speaks:

“This is what the Sovereign LORD says: ‘Woe to the shepherds of Israel who only take care of themselves” (vs. 2).

God pronounces judgment on the leadership of Judah. He takes a position against them declaring,

“I am against the shepherds and will hold them accountable for my flock” (vs. 10).

Ezekiel announced this message early in the exilic period after the destruction of the temple in 586 BC. The image of a shepherd was common for kings in the ancient near east. In this context, it certainly addresses the fallen Davidic rulers, but probably includes all types of civil and religious leadership in Judah. It is important to keep in mind that for Judah, the king was more than a civil authority; he also served as a moral and spiritual leader for the nation.

Ezekiel chronicles the abuses of these wicked shepherds:

The shepherds were not acting like shepherds, but hirelings and opportunists. They did not exhibit the love, trust, and care of the ultimate Shepherd (Psalm 23). The rod and staff, both symbols of protection to engender security, became instruments of their abuse. With an angered and broken heart, God concludes, “You have ruled them harshly and brutally” (vs. 4).

God’s compassion for his people calls him to action. The wicked shepherds abandoned the flock, but God can never abandon his people. God will rescue his people (vs. 10); he will search for them to bring them home though they are scattered (vs. 11). He will care for them (vs. 12) and bring restoration (vs. 13). He will lead them to green pastures and give them rest; they will know safety and peace once again (vss. 14, 15). The Good Shepherd will care for their wounds and heal them (vs. 16). In this midst of this hopeful message arises the messianic promise of a revived Davidic ruler, who would shepherd his people in righteousness (vss. 23, 24). The promise of this coming prince sparked messianic hope in the Second Temple Period. Its ultimate fulfillment was in Christ who rebuked the wicked shepherds of his day with a series of “Woes” (Matt 23) and announced that he was the “Good Shepherd” (Jn 10:11, 14).

Why this blog? My heart is not an anti-leadership rant promoting a new “peasant’s revolt.” On the contrary, the church needs godly leadership who lead with the heart of the Good Shepherd. Loving shepherds are a gift to the body of Christ (Eph 4:11-13). It takes Spirit-empowered leaders with vision, strength, and grace to lead the body of Christ. The Ezekiel passage does remind us, however, that the sheep belong to God.

We who are called to serve the body of Christ as shepherds will give account for how we treat God’s sheep. They belong to him; they are not ours.

Peter cautioned the leaders of his day, “not to be greedy for money, but eager to serve; not lording it over those entrusted to you, but being examples to the flock” (1 Pet 5:1-4). The biblical pattern for leading God’s people does not come from the world, but from Christ. It is the Chief Shepherd who will evaluate how we have served his people.

My burden is for those sheep who have experienced abuse. Plain and simple: church should not hurt. The church should be a place where you find healing and restoration. When this does not occur, it leads to distrust, distortion, and desertion. It is hard to trust anyone when you have been abused. When our leadership does not exemplify Christ, we give people a distorted view of God. When the church has been a place of hurt, people leave to look elsewhere for hope. This far too common story is chronicled in books like Churches that Abuse, Damaged Disciples, Letters to a Devastated Christian, and The Subtle Power of Spiritual Abuse. No church is perfect; no leader is perfect; but may we who serve as shepherds, lead in a way that pleases the God who called us.

What are your thoughts on this? Does Ezekiel’s warning challenge you to be a better shepherd of those whom you lead? Let us know in the comment section below.

This blog was originally posted at www.onetheology.com . It was reposted here with permission from the author.