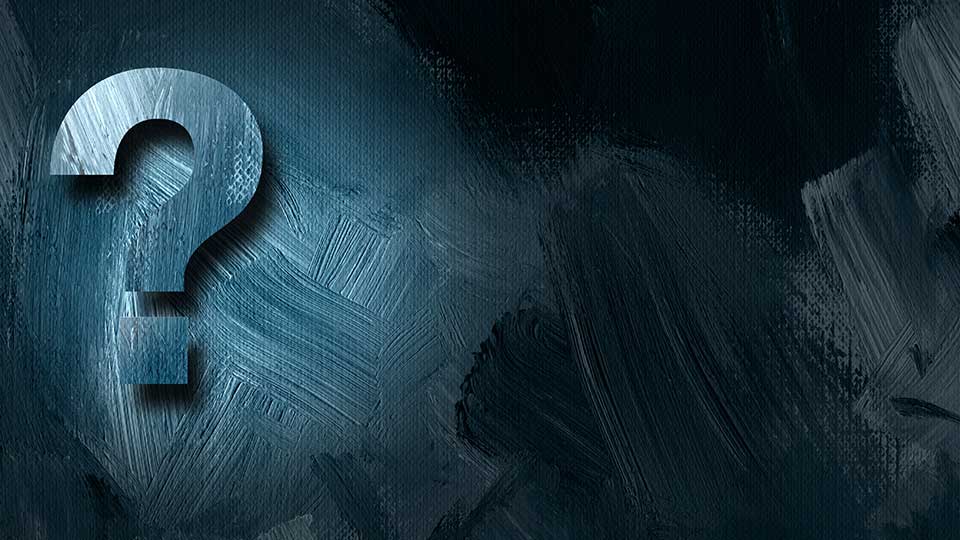 A Pastor’s Battle with Insecurity Part 1

As a pastor, you simply aren’t allowed to have too many personal problems. While most folks realize that you’re human, just like they are, there will still be a great deal of pressure to keep your own struggles hidden. People feel insecure if they think their pastor isn’t doing okay himself. Pastors may be people too; it’s just that we can’t act like it.

So when it comes to insecurity, pastors have nowhere to go. And yet, pastors deal with insecurities just as much as anyone else. We wrestle with fitting in, being good enough at what we do, and often feel that the successes of others can make us look inferior.

Pastors deal with insecurities just as much as anyone else.

Like everyone else, pastors have a need for belonging.

Like everyone else, pastors can feel inadequate at times, especially given the high expectations that are attached to our efforts.

Like everyone else, we long to feel significant. We have a great need for a sense of purpose and meaning, even though our work often matters for eternity.

RECOGNIZING INSECURITY IN YOUR BEHAVIOR…

Frankly, personal insecurity is fairly easy to spot in our behaviors. As pastors, we often fail to see it merely because we prefer to ignore it or don’t believe we can afford to focus on our needs with the responsibility we carry to address the needs of so many others. We can find ourselves pretending such insecurity isn’t there by defending ourselves or diverting the focus onto something else.

But we need help too. And the first step is to recognize when our insecurities are showing. While we want to overcome each of the following expressions, keep in mind that they are only symptoms of the deeper issue—insecurity. If we can tackle the real issue, these symptoms will likely diminish significantly.

1. COMPARISON You begin to compare yourself to others and score yourself against their achievements.

When we feel insecure, we can find ourselves expressing those feelings by comparing ourselves with others. When you hear of something great that happened at another church, does it spark thoughts of “Why doesn’t that happen at my church?” Do we have difficulty celebrating the victories others experience because they seem to highlight our weaknesses or inability to see the same results?

When we feel insecure, we can find ourselves expressing those feelings by comparing ourselves with others.

In John 21, Jesus told Peter about his fisherman friend’s own future death, and Peter’s first reaction was to point at John and ask, “What about him?” Of course, John’s future wasn’t relevant to the conversation, but we see Peter’s insecurity in his response to Jesus.

2. COMPENSATION You feel like a victim and must now compensate for your losses or inferiority.

When we feel insecure, we can find ourselves trying a bit too hard to overcome those feelings. The need to prove ourselves or take tighter control of our situation can drive us to some unhealthy overreactions.

Imagine Pastor Bob is in a difficult meeting with his leaders. Pastor Bob, who went through some similar moments at his last church, thinks his team is losing confidence in him. His team is concerned that their pastor is carrying too much responsibility and looks weary. But Pastor Bob thinks they’re trying to seize some of his authority. So, rather than work with his team to find a healthy balance, Pastor Bob reacts in anger and threatens staff changes. He asserts his authority by canceling planned meetings and making decisions arbitrarily, with no input from his team.

Pastor Bob is compensating for his own fears and diminished sense of worth. He is unable to accept the well-meaning help from the team that loves him. Instead, his insecurities push them away, damaging trust and forcing his leaders to consider whether more drastic steps need to be taken.

3. COMPETITION You drift into self-centered patterns, consumed by outdoing others in receiving attention and reward.

Many pastors express insecurity with inappropriate feelings of competition. You see, there’s really not a lot of healthy uses of competition in a pastor’s life. He’s not supposed to be trying to “beat” the church down the street or compete with the successes of other ministries. Like a baseball player who hurts the team by padding his own statistics, pastors who try to “win” in ministry life by outdoing their fellow pastors are demonstrating selfish behavior and hurting the overall team effort.

If you’ve ever sat in a minister’s meeting and heard another pastor’s celebration of a great Sunday, you’ve confronted a moment where insecurity can show up through competition. Did you politely applaud but secretly wonder why you don’t have Sundays like that? Did you find yourself internally explaining the difference between your ministries or nearly verbalize what you think that guy compromised to get his result? Did you make a mental list of the advantages he has that most of the rest of you don’t, or did you wonder why no one asked to hear your great story? Or have you ever felt anything other than sadness when you hear of another pastor’s failure?

4. COMPULSION You are driven to perform compulsively to gain others’ approval; you are a people-pleaser.

Compulsion is at the core of what we commonly call “workaholism.” Those who demonstrate insecurity in this way simply can’t do enough to ever feel like they are safe in their work. Surely there is one more thing to do, visit to make, or sacrifice that can prove my dedication. Many, many insecure pastors find themselves logging 60-80 hours a week, not because they truly need to do so, but because they are trying to prove themselves worthy of their role or the trust they need to establish. These pastors will respond to virtually any request, no matter how unreasonable, and rationalize their family sacrifice as necessary for the ministry.

5. CONDEMNATION The judgmental attitude of yourself or others, which results in self-pity or self-conceit.

When a pastor feels insecure, one of the ways such feelings reveal themselves is with a bit of a judgmental attitude toward the work or ideas of others. Such a posture can cause the pastor to damage or even end relationships that he really needs to strengthen his life.

Many pastors alienate themselves from other pastors, their district leaders or denominational events, by finding reasons to criticize such people or efforts. The “I-don’t-agree-so-I-don’t-attend” idea is usually an indication of insecurity. If the truth were known, the real issue is how that pastor feels about himself when he is with such people or in such places.

6. CONTROL In order to validate your own worth, you feel as though you must take charge, protect your interests and monopolize situations.

Now Control is a little tricky to diagnose. Some pastors tend to be “micro-managers.” They have trouble trusting others to do a job well and get a little too close to the details that someone else should be caring for. Some pastors are used to having the responsibilities they’ve tried to hand off fall back into their laps again, so they tend to stay tightly engaged in what everyone is doing. For many, this is an act of self-preservation as they know they will be held responsible if the job(s) isn’t done well.

But the real “controllers” are those pastors who are reluctant to let others have responsibility or opportunity because they feel such efforts will make their own presence unnecessary. Sometimes these pastors can act as though they are the only one who knows what to do, the only one capable or spiritual enough to do a job right. These leaders can also become controlling in their handling of people. They can be too directive in other people’s choices, conveying that strict obedience to their counsel is absolutely necessary for anyone “on the team.” In the extreme, this kind of Control can manifest itself in an almost cult-like environment, where the leader dominates others and usually ends up with the weak-willed as his primary followers.

7. CLOSED We close up, get defensive and deny our problems.

Ultimately, insecurity tempts us to shut ourselves off, to find a way where our inner hurts can no longer hurt us. Even though the pain continues, we choose to remove ourselves from any setting where those insecurities can be set off.

So, a pastor who becomes Closed now avoids the people that stir his insecurity. If those people are other pastors, then he’ll likely stop attending their meetings, creating excuses for his absence that usually put the blame on the group that threatens him. Statements like, “they’re not focused on the right things” or “they’re always comparing their church numbers” or even “those people are just pretentious, they think they’re better than everyone else” are just a few of the ones I’ve heard over the years. Somehow, the insecure pastor will find ways to withdraw from the places of fellowship he really needs to stay healthy.

So where do your insecurities show up most often. Don’t be afraid to acknowledge it because all of us wrestle with such feelings. Step one is to willingly identify these moments so we can move toward better responses.

In Part 2 of this blog, we’ll look at the places where these moments most often occur and offer a strategy for overcoming them.