END_OF_DOCUMENT_TOKEN_TO_BE_REPLACED

Written by the late Blake Snyder, Save the Cat! The Last Book on Screenwriting You'll Ever Need has quickly become a classic among aspiring screenwriters. I was first introduced to this book in 2011 during my first year studies in the Master of Fine Arts (MFA) program in Screenwriting and Film Studies at Hollins University in Roanoke, Virginia. In that particular class on screenwriting I discovered many other important components or “stages” to crafting that perfect screenplay.

What I learned most was that good cinematic stories are memorable and influential for a reason: words are not formed and stringed together by accident or by some crazy 4-hour trip. A great screenplay requires a lot of work and preparation before writing that first slugline on page one. Here is an 8-step guide to writing great screenplays that I learned in that summer class.

Concentrate on distilling your grand story idea into one sentence. What are the carefully crafted words that will attract a reader to check out your story after reading JUST ONE SENTENCE?

If we can’t summarize our idea into one sentence it reveals that we have not thought through our idea enough. Writing can be exhilarating but it’s hard work. It’s glorious and gut wrenching.

The logline usually covers three areas of interest: main character, his/her goals and central conflict. Snyder says be a “slave to the logline” since it is your story’s DNA code. If it’s good it has all the earmarks of a winner. If it’s good it will guide you through the tough spots of the writing process. If it’s good it will be the common touchstone between you and the producer to which you’re selling your script.

This is a fun stage where you really write down for the first time the entire arc of the narrative in a shortened “prose” version of what will eventually become a “screenplay formatted” story. Think of it like that two page summarized book report on The Lord of the Flies you had to write in 10th grade English! This is giving your logline some legs now.

When my kids first got into Xbox and other gaming systems, they would create their avatar before ever entering a game or battle or whatever. I would do the same when I would play some of the simpler games like tennis. My guy was like 6’6”, dark-tanned, ripped to the core, cut-off T-shirt….the perfect me on my own virtual tennis court. We would select clothing, accessories, power vs. speed and other comparisons.

A character bio is similar in that we need to take some real time to “X-Box” several of your characters: the hero (protagonist), the villain (antagonist), and that handful of other important supporting characters that will shape the story and move it along. This should include: a little background on likes/dislikes, personality traits, personal but brief autobiographical background, etc. Usually 5-7 total bios are enough including the hero and the villain, a couple paragraphs long. Write them in first person to really get inside their heads.

Snyder’s beat sheet from Save the Cat! The Last Book on Screenwriting You'll Ever Need is the primary structure or foundation by which we are going to build our story. It’s the skeleton on which we will soon put on flesh. It’s a lot more than just Act I, Act II and Act III. He offers 15 different “beats” that screenwriters should be cognizant to include in the storyline. The numbers next to each of these beats represents approximately on which page or page range they should occur (given that each page of a screenplay is typically about one minute of screen time.)

I've written a separate blog in which I explore the Snyder's Beat Sheet in far more detail.

Once the beat sheet is completed, it’s time to go under the hood of each of the major scenes and write out what is going to happen: the rising conflict, the resolution, the new twists, the new clues, the relaxing moments, the passion, the planning, the opposition’s passions/planning. Not every single scene must be fully explained but a good majority of them should be paragraphed out.

This is simply an expanded version of the beat sheet, usually 2-4 times as long as the beat sheet. At this stage, I suggest using sluglines to mark off each of these scenes that you are going to describe. You can also insert a few key important lines of dialog if necessary—the ones that really make the point of the scene (climax moments or turning points or emotional highs of a scene). Again, this is all still in a standard prose format. No indentions or putting characters in all caps, etc.

If you have envisioned a sequence of smaller consecutive scenes that are essentially all advancing the same part of the story then you can condense a little. You can also remove those short “transitional” scenes. They will present themselves to your memory or as a good idea when you actually do your first draft….or….as I prefer to call it…

Yes, sometimes screenwriting can feel like you’re spending a lot of face time in front of a ceramic throne but it’s not that bad, really. I call it a vomit draft because at this point you just to get it out of your system. Just write, write, write. Pour it out. It’s also called a vomit draft because it’s going to be bad, maybe real bad but that’s okay. At least it’s being birthed onto an actual screenplay formatted document! THAT IS A HUGE DEAL. THAT IS BIG. And you should at least congratulate yourself before you get out a mop and start cleaning up all that…vomit. Think about it: you’ve muscled through the logline, two-page synopsis, character bios, beat sheet, step outline…you done it all. You’ve paid the price. You have just written a screenplay!

Take some time off. Ask a few trusted people to read it and give you honest feedback (some should be screenwriters others should just be non-writers). Take notes humbly from everyone. Receive the good and the bad. Process it all.

All the great screenwriters, playwrights and authors will tell you the same thing: “writing IS re-writing.”

I would imagine most produced screenplays went through 5-10 drafts or passes by the writer or a team of writers….some even more than 10 drafts or different versions/angles. It’s all good. At this point they are just words in a document. No lives have been lost. But at least one life has been changed: YOURS. Blood, sweat, tears baby. No pain, no gain.

At some point you will reach a final draft (sort of). Either by drop-dead deadline because of a submission due date or a production schedule or something similar, you will reach the end of the line and present your baby to a producer/director. You are then passing along the story to somebody else to take and interpret from their perspective: the producers, the director, the director of photography, the production designer, and perhaps most important of all: actors! LET IT GO. It’s theirs now. A film is a very synergetic experience and expression. Unless you plan on writing, shooting, directing, acting, editing and scoring everything yourself then you have to hold your story with loose hands.

So what are your thoughts on this? Did this 8-step guide encourage you to continue writing your screenplay or scare you away from ever starting? Let us know in the comment section below 4 Ways the Church Can Create an Experience Economy for Youth 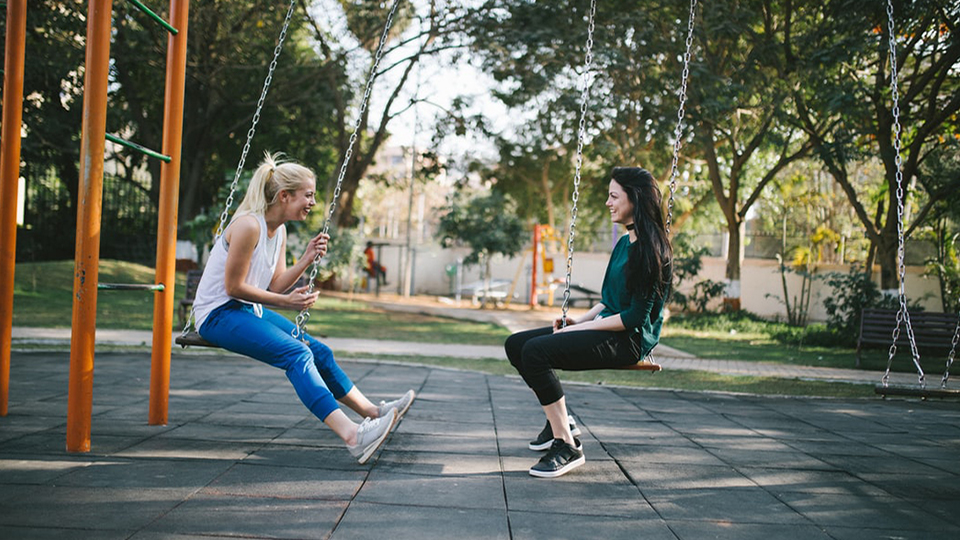 How Can the Church Minister to Youth during COVID-19? A Biblical Response to Financial Uncertainty